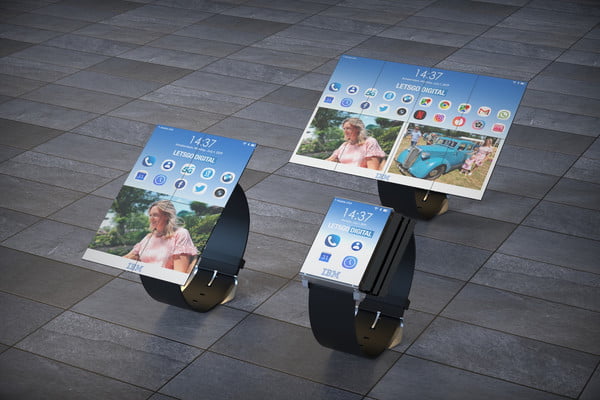 By this point, foldable smartphones need little introduction; major smartphone manufacturers the world over have ensured that we get to hear as much about them as possible. Considering that smartwatches have always attempted to follow the trail blazed by smartphones, it was only a matter of time before they got their foldability as well, and IBM happens to be the first one to cross that finish line.

Now it is worth noting that foldable smartphones have their fair share of problems, and it is very likely that the same problems are bound to make foldable smartwatches tricky to use as well. However, it is also worth taking a look at the revolutionary design that IBM has brought to the table in order to understand the applications of this technology and get a sense of where this is going.

Entitled “Variable display size for an electronic display device”, IBM’s patent details a wearable device that has eight displays stacked on top of each other, almost like a deck of cards. According to the associated diagram, the bezels on the folded display are non-existent and it hosts seven other displays below it in compartments. It appears that users will be able to open up the display in stages, with two or four display panels.

Each panel will measure in at 3 x 2 inches thereby making the overall unfolded display a massive 12 x 8 inches. This will pretty much make the device look like a tablet on your wrist. Plus, having multiple screens is bound to streamline multi-tasking on the go, even though it is very likely to be an extremely unwieldy thing.

Now we don’t know for sure if IBM will be able to pull this off, mostly because the required technological prowess to achieve this simply doesn’t exist at present. However, the on-going research and patent-filing on this technology show that we might see something similar in the near future. 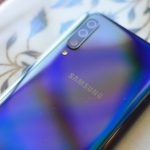