Epic games recently mentioned in its blog post that their uber-popular game Fortnite has just hit 15 million apk downloads on the Android platform.

The company noted that the game has experienced tremendous interest by the users since its release on Android. Fortnite has already attracted a huge customer-base; 23 million users are playing the game on Android via Fortnite’s beta program while 15 million have already downloaded the apk file from Epic games’ website. If its success in the PC-arena is any indication, the game is set to attract millions of mobile-gamers to the Android platform.

It seems that the company is reaping the rewards for circumventing the Google play store and providing the game via apk download on its own website, thereby avoiding the 30% google play store fee. This has profited the company to a huge extent, furthermore, most the of the users are currently playing the game on the beta version, Fortnite is currently in beta on Android while not being available on a wide range of devices. Therefore, it is expected that user-base of the game will grow exponentially once it expands its reach and is made available to a larger number of smartphones.

It is also worth mentioning here that the game has had its fair share of issues, shortly after the beta program was launched, some users complained about performance issues, citing the hang-ups that happened on regular occasion. In addition to this, everyone is aware of security issues that have plagued the Android version of the game. Nevertheless, the company has assured that it will release a crisp final version where all bugs and small hick-ups will be ironed out for a better user experience.

Epic also assured its android user-base that steps are being taken to protect Android players of Fortnite from any malware scams. The blog post on Epic games states that the company is currently monitoring the internet for malware website and has so far found 47 unauthorized “Fortnite for Android” websites, the majority of which seem to be managed by the same ‘bad actors’. The blog post further mentioned that the company has hired a third-party IP and anti-fraud enforcement agency to expand Epic’s policing efforts.

Earlier, Fortnite’s vulnerable security measures were exposed by Google, where the software giant released the public details about Fortnite’s security flaws. This ultimately led to a small tussle between the two companies where the CEO of Epic, Tim Sweeny accused google of gaining ‘cheap PR points’. 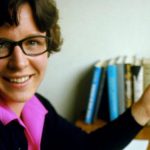