The motorbike is one of the most used means of transport in Pakistan and the world over. However, the fuel costs tend to keep out most users who want to use them. Now, the country will soon witness the launch of purely electric bikes in a few months’ time. The bikes do not require any fuel as they are entirely dependent on electricity. This has been touted as one of the most revolutionary feats in the automobile sector in Pakistan.

Recently, Jolta International, a company based in Bahria Town Rawalpindi, showcased three electric bikes set for official release in the coming months. The e-bikes on display relied entirely on the rechargeable batteries built into them. With the batteries, the bikes can go between for 80 to 100 kilometers on a single charge. To fully recharge the batteries, one would need to part with about Rs. 20 and wait for between 6 to 8 hours.

Among the other features included with the electric bikes are disc brakes, an alarm system, digital meter, keyless start, automatic locks and others. According to Jolta International, the bikes will come in three main tiers namely 70cc, 100cc, and 125cc each with its own price tag. The bikes are also meant to be friendly to the environment, will have no noise and will emit no smoke.

The advantages with these bikes are many and include:

Although the official release date and the pricing of the bikes have not been released, demand will likely be very high for them. 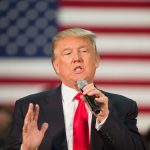