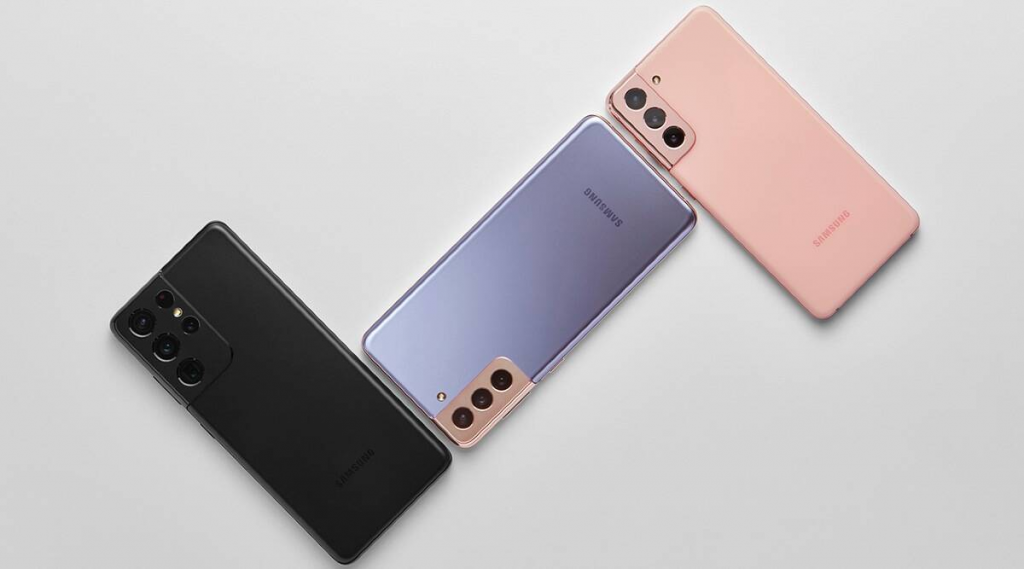 As you probably know by now, Samsung launched its latest flagship phone, the Galaxy S21, in a virtual event earlier today. The launch is one of the most awaited tech events of the year and serves to showcase another year’s worth of innovation and engineering at the Korean tech giant. Naturally, the first thought that springs to everyone’s minds is how will Samsung’s latest flagship offering stack up against the iPhone 12. While both phones are quite impressive on their own, we will be pitching both devices against each other based on several key factors, including the hardware specs, display, design, and software to figure out which one is king of the flagships.

The Galaxy S21 is a huge step away from the Galaxy S20 in terms of design, featuring a much bigger camera module at the back of the device and introduces new colors and textures to the Galaxy S line. It more or less follows the Samsung design language but is much more pronounced than its predecessor. The iPhone 12, on the other hand, is more of an evolution of the iPhone 11 and carries over a lot of design cues from the older phone.

The iPhone uses premium materials in its construction and features an aluminum frame with glass front and back. Both front and back glass panels on the iPhone are Gorilla Glass to provide extra strength and scratch protection and the phone has an IP86 dust and water resistance rating. The Galaxy S21 also features and aluminum frame, but its back panel is made from polycarbonate plastic, taking away some of the premium feel. The front panel is a Gorilla Glass Victus piece and the S21 also carries an IP68 certification.

While design is a subjective matter, the iPhone takes the edge in this category by offering more premium materials.

Both displays are very close in terms of performance, but the Galaxy S21’s refresh rate gives it an slight edge.

One of the most important aspects consumers consider when buying a new phone is the processing power and amount of RAM on offer. In recent years, Apple has produced some of the most powerful and energy efficient chipsets, and this trend continues with the A14 Bionic. Samsung, meanwhile, has chosen the latest Qualcomm Snapdragon 888 octa-core chipset to power its Galaxy S21. Both processors are incredibly powerful and offer more performance than most users can possibly need from a mobile phone. While the Snapdragon 888 boasts a higher number of cores and supports a higher memory bandwidth than the A14 Bionic, Apple’s chipset blows the competition out of the water with 42% better single core and 4% better multicore performance figures in benchmarks.

Moreover, the iPhone 12 comes equipped with 6GB of RAM, while the Galaxy S21 has 8GB. Again, the iPhone uses its memory more efficiently due to it being sottered directly on the A14 Bionic chipset itself, increasing data read/write speeds. The battery on the Galaxy S21 is a sizeable 4,000 mAh unit, compared to the iPhone’s smaller 2815mAh, but the iPhone manages to have comparable battery times.

Therefore, the A14 Bionic is the clear winner. Apple’s hardware-software integration and the incredible engineering behind Apple’s in-house chipsets make it simply unmatchable in terms of performance.

One of the iPhone 12’s biggest selling points is iOS 14, and the user experience it offers to customers. Apple has worked very hard on developing a cohesive ecosystem for all of its devices, making them compatible with another. It is said that once someone experiences using an iPhone, they don’t want to switch back to Android, and this is largely due to Apple’s user-friendly software. Furthermore, Apple develops its own hardware and software in house, so it can achieve a level of integration and synergy that’s almost impossible for other manufacturers to attain. That being said, Apple often lags behind with introducing new software features to the iPhone, and iOS doesn’t offer the same level of personalization and adjustability as Android.

The Galaxy S21 runs Samsung’s own One UI 3.1 based on Android 11. Samsung has also tried to bring more cohesion to its extensive line of smartphones by using the One UI interface. However, it’s nowhere near as good as iOS 14 in that respect. Instead, One UI offers a high level of personalization. Being an Android, the Galaxy S21 has access to way more apps then the iPhone 12, and more of those apps are free. Android also generally gives better battery life than iOS. With Google apps such as Google Photos, Docs, OneDrive etc coming standard on Android, and the addition of Samsung’s own similar apps, Android has more functionality out of the box, not to mention added benefits of free cloud storage.

Choosing which one you like comes down to personal preference and is more of a subjective choice than one based on facts. Therefore, this category is a tie, with neither phone having a significant advantage over the other.

Camera quality is another big factor when choosing a new phone. Mobile phone cameras have become super capable with multiple lenses and advanced AI being used to produce the best picture quality possible. The new Galaxy S21 features a triple camera setup, with a 12 MP wide angle lens, a 12 MP ultra-wide lens and a 64 MP telephoto lens. The setup is an evolution of the S20’s camera setup with the same hardware components and some improvements to the software to take advantage of the more powerful AI processor. The iPhone 12 features a simpler two camera setup, a 12MP wide-angle, and a 12MP ultrawide. Like Samsung, Apple has chosen to focus on camera software, with the iPhone 12 using its neural image to extract the most out of the camera hardware. Images produced using the device offer amazing colors and details, especially in low light settings.

Since the S21 carries the same tried and tested camera setup from the S20, and featuring an extra 12MP telephoto lens, it seems it might just have the edge over the iPhone in this category.

Based on the above categories, it seems that the Apple iPhone 12 and Samsung Galaxy S21 are tied with each other with two wins each. The iPhone wins out on design and hardware specs, whereas the Galaxy S21 has the better display and camera setup. This goes to show just how evenly matched the two phones are and picking either of the two would be a great decision. Moreover, they have the same starting price at $799, so the choosing between the two really comes down to which features you value the most. 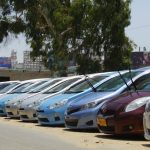