Google launched the new version of Android Studio 3.1, its most popular integrated development environment (IDE). Android Studio 3.1 has amazing new features such as Kotlin Lint checks, D8 Dex compiler, and C++ CPU profiling. You can easily download the new version from developer.android.com/studio. If you already have an Android studio in your computer or laptop simply go to the navigation menu.

Google released the Android Studio 1.0 as the official Android IDE (Integrated Development Environment) aimed only at the Android geeks in 2014. Since then Android Studio has been heavily used, previously Google released the 3.0 version back in October. TechJuice has compiled a list of features of product quality and app development productivity the new version has brought to the table.

Google also adds stability and performance fixes in the latest version of Android Studio 3.1. You can also browse into the full release notes by Google.

What do you think about the latest version of Android Studio 3.1? Let us know in the comments below! 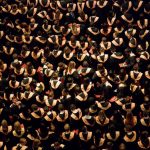