Google celebrates 50 years of LGBTQ pride with an interactive Doodle

Google is celebrating Gay and Lesbian Pride month through an interactive Doodle slideshow which showcases how the strength of the community has risen over the past 50 years. The slideshow offers a glimpse of the Pride parades from the past 5 decades and a rainbow has been added to the right side of the search bar whenever someone searches for “gay,” “lesbian,” “transgender,” or similar queries.

The core concept behind the slideshow is Color which happens to be a key symbol of the Pride movement as well. As explained by Doodler Nate Swinehart, he used stripes of cut paper to depict the parade and created a meaningful progression of color throughout the slideshow starting with pink and going backwards through the rainbow to purple and then red.

This Doodle also marks 50 years when the New York Police first launched a raid on a bar popular with the LGBTQ community. Google is also fairly known for knowing members of the community along with Apple and many other Silicon Valley companies. The search engine giant was amongst the first companies to oppose Proposition 8, which intended to nullify gay marriages. The law ultimately did get approved by California lawmakers

Over the past few years, there has been increase in “Dank memes” amongst social communities in Pakistan at an alarming rate and there are regulations in place whatsoever. The prime target are women or the LGBTQ community and they are widely being shared without any thought. 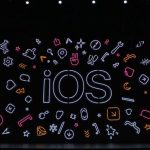 Here are the highlights from WWDC 2019