Google recently fired the co-lead of the ethical AI team, Margaret Mitchell, due to a violation of the respective security policies as stated by the company. The previous AI ethics researcher Timnit Gebru faced the same dismissal on similar accusations.

The AI ethics division has faced major shifts in leadership ever since Gebru was dismissed from her role. Gebru gained prominence for exposing biasedness in Google’s respective analysis systems. Gebru’s dismissal led to many workers protesting against the tech giant’s decision.

Mitchell faced similar music as she had used an automated script to look through her email in order to find evidence of discrimination against her co-worker. Mitchel and Gebru were working on a paper regarding the dangers of large language processing models only to have that paper retracted by Megan Kacholia, Vice President of Google Brain. Based on Gebru’s opinion regarding this decision, she had been removed and had her termination had been deemed as a resignation instead.

The termination of Gebru led to Mitchell being openly critical about how the Google AI division was making decisions. Her views and concerns were also directed at Google AI’s head Jeff Dean and CEO of Google Sundar Pichai. As a result, Mitchell lost access to her corporate email, and her activity was further investigated. This, later on, led to the termination of Mitchell as well.

According to Axios, Google said in a statement regarding Mitchell’s firing:
“After conducting a review of this manager’s conduct, we confirmed that there were multiple violations of our code of conduct, as well as of our security policies, which included the exfiltration of confidential business-sensitive documents and private data of other employees.”

These recent terminations have stirred a lot of heat for Google regarding diversity. However, Jeff Dean has aimed to make substantial changes in regards to the Google AI division’s decision-making while ensuring a sense of proper ethics in terms of research.

As of now, Marian Croak, a Vice President in the engineering organization is now leading a ‘new center of expertise on responsible AI within Google’. 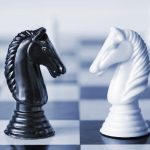