This feature is available for users having iOS-designed devices. With this feature, users can choose a 3D vehicle on the navigation map that most closely resembles with your driving vehicle. On March 21, the company announced the new update in its official blog that will let users to “customize” their driving.

According to the blog post, the iOS users can select any of the three available vehicles among “a stylish sedan”, “a timeless pickup truck” and “a speedy SUV”. To choose a new vehicle, users need to tap on the arrow during the driving navigation mode and then select the type of vehicle icon they want to appear on the road. It is important to mention that blue vehicle icon is only available in the driving navigation mode.

That new ? feeling without the down payment: now on @googlemaps for iOS, you can swap out the classic blue navigation arrow for a new car icon → https://t.co/Zt0v39UPN0 pic.twitter.com/lkBhsFPUiz 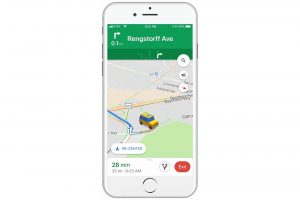 This is not a first time when Google maps introduced a feature to change blue arrow icon in the navigation mode. Earlier on Mario’s day on 21 March 2018, Google rolled out an update to replace blue arrow with Mario Cart.

The feature is not available for Android devices and Web yet but hopefully, it will be launched soon. 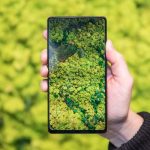