TechJuice > Technology > Google One brings cheap cloud storage to all

Google One brings cheap cloud storage to all 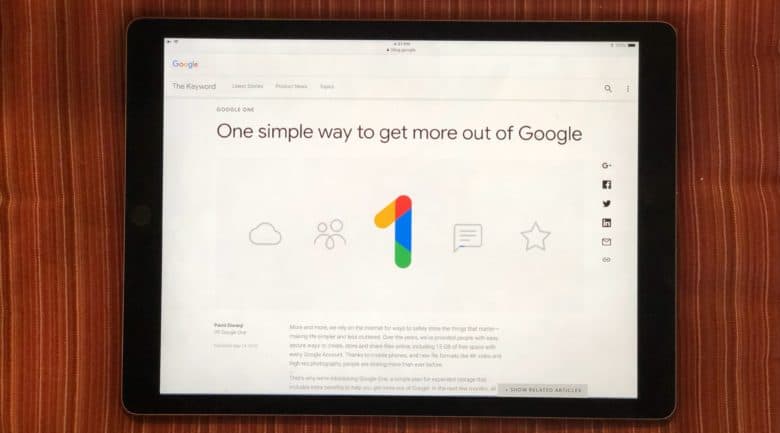 Google announced Google One, a shareable plan that provides extended storage and access to Google experts. Google One is a subscription program that offers more Google Drive Storage and other incentives.

Over the past few weeks, Google slowly shifted Drive subscribers over to Google One membership and starting from today, Google is enabling new users starting from the US with other countries to soon be added to sign up for the subscription.

One appealing feature of these new plans is that users can share their storage capacity with up to five family members. Storage is the main feature of Google One but there are additional benefits of subscribing to this service. One of such benefits is 24/7 live support offer. You can ask Google experts whatever query you have regarding Google One.

Furthermore, you can also avail deals on hotels when you search them through Google maps. Just recently, Google also gave all its One members credits on Google Play and today, the company announced that it is also going to add members deals for purchases in the Google Store and through Google Express.

Google One is available in the US and is rolling out to more countries in upcoming months.