Google Play services comes pre installed on all Android devices (except on some devices in China). You don’t have to manually download the services. When you connect your Android phone to the internet and add your Google account to it, the Play services automatically gets installed in the background. Which means that there were at least 5 billion Android devices activated at some point since the birth of Android.

Google Play services is available on the Play Store. 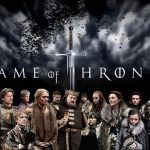