Prime Minister Muhammad Nawaz Sharif has said that international business community’s confidence to invest in Pakistan has been restored due to the incentives-based transparent policies of the government.

We are encouraging the telecom companies to expand their outreach to far-flung areas of the country so that majority of the masses benefit from the technology, added the Prime Minister.

The Prime Minister said that Pakistan offers an ideal environment for telecom sector as the country has one of the largest cellular phone subscribers. Our government believes in open and transparent business policies so that both local and foreign investors are further motivated to explore the business opportunities in Pakistan.

Terming the Telecom industry of Pakistan promising and vibrant, Mr. Jean Yves Charlier appreciated the business friendly policies of the present government. The CEO VimpelCom said that tele density in Pakistan is one of the highest in the region, which makes the country one of the favorite destinations for foreign investors.

The meeting was also attended by Ms. Anusha Rehman Khan, under her leadership Ministry of IT & Telecom won an excellence award at the much revered Mobile World Congress for successful auction of 3G and LTE service licenses in April 2014. 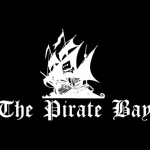