A recent Pokemon Go outage, allegedly caused by a hacker group called the “PoodleCorp”, rendered the game unplayable for millions around the world. Now, the hackers that claimed to have done it are threatening to go ahead and attack the game’s servers again on the 1st of August.

Pokemon Go is all over the internet. It’s so popular that even non-Pokemon fans have joined in just so they don’t feel left out. With all this attention, the game is bound to have caught the attention of the internet’s very own henchmen; the hackers.

Pokemon Go went down on Saturday 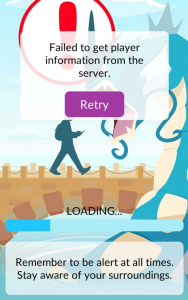 On Saturday, the game’s servers— already bogged down from the mega-million downloads— suffered a major outage. Niantic, the developer of the game, said it was just because of the incredible number of Pokémon Go downloads. But on the other hand, PoodleCorp claimed that it was their doing.

They claimed to have done it using a Distributed-Denial-of-Service (DDoS) attack. A DDoS attack is a pretty commonly-used technique by hackers for taking down servers. It involves attacking a server(or servers) with overwhelming traffic in an attempt to make it unavailable.

The PoodleCorp seems to be a super-group formed by a combined group of Lizard Squad (a popular hacker group) and other members that weren’t in groups. It also claims to have successfully attacked League of Legends and prominent YouTube video makers, including Leafy and h3h3 Productions.

The PoodleCorp is now saying that they will be taking down Pokemon Go again. This time, they have even given a date: the 1st of August.

What do they want?

Apparently, they want nothing. Like everyone’s famous villain (the Joker), they are doing it just for the fun of it.

“Chaos is entertainment and we like making people angry,” said XO, the alleged PoodleCorp leader.

Even though it hasn’t even been internationally released yet, it seems that everyone has managed to download it (here’s how you can too). People are spending more time catching Pokemons than they do on social networks or even messaging apps like WhatsApp. Not to be left behind, Pakistanis too are caught on the Pokemon-mania and even brands are trying to use the game to lure in more customers. 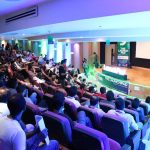