TechJuice > Mobile > How does the Huawei Mate 20 Pro stack against the Samsung Note 9?

How does the Huawei Mate 20 Pro stack against the Samsung Note 9?

As Huawei releases another Android flagship in competition with Samsung Galaxy 9 and Google Pixel 3XL. Let’s explore how the latest flagship from the Chinese smartphone giant stack up against the Android king Galaxy Note 9.

Huawei has definitely taken a leaf out of Apple’s book in terms of design. If the leaks are any indication then the Mate 20 Pro has a distinctive notch at the top of the display. Samsung, however, follows a completely opposite approach to the Notch design as it has a much uniform and clean look with shrunken bezels at the top and bottom of the display. Both phones push the bezels right to the edge of the front display, Note 9 offers a 6.4 inches display while the Mate 20 Pro has an even taller 6.9-inch display.

The Samsung Galaxy Note 9 features a 6.4-inch display with a screen resolution of 1440 x 2960 pixels and operates on Android 8.1 (Oreo) operating system. The device is powered by Exynos 9810 or Snapdragon 845 processor inside (depending on where you live) paired with 6 GB of RAM with a 4000 mAh battery. For graphical performance, the phone has a Mali-G72 MP18 GPU. Onboard storage is at 128 GB with the option to expand the memory by up to 512 GB. Note 9 has a dual-camera setup and features a pair of 12-megapixel cameras with the primary camera having a dual-aperture f/1.5 or f/2.4 while the secondary camera features 2x optical zoom with a f/2.4 lens. One advantage that Note 9 has over the Mate 20 Pro is the availability of S-Pen. 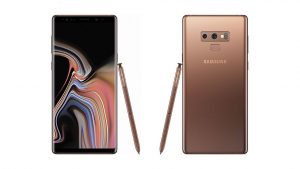 According to the leaks, the Mate 20 Pro has a curved 6.9-inch display, and an iPhone X like-notch and is expected to come out with a pre-installed Android 9 (Pie). The device will feature an advanced 3D facial recognition mechanism. It will also be the first android which will come with a 7nm chip (Kirin 980) paired with 4-8GB RAM along with 128GB and 512 GB of built-in storage. Moreover, Mate 20 pro will feature a massive square-shaped triple camera set-up with three imaging sensors and an LED flash. Furthermore, the phone will also support wireless charging. The rumors also suggest that Mate 20 Pro will come with AI Cinema, AI Zoom, and an underwater mode. The aperture size of the camera will be f/1.8 to f/2.4 equipped with a 5x optical zoom. 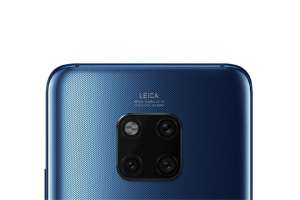 Both phones look to be really promising and you can’t really go wrong with either of these. The decision ultimately comes down to whether you prefer an innovative stylus or a ground-breaking triple lens camera – everything else on these handsets should be more than enough for whatever you need.