HTC Announces ‘One M8 for Windows’ with WP 8.1 On-board 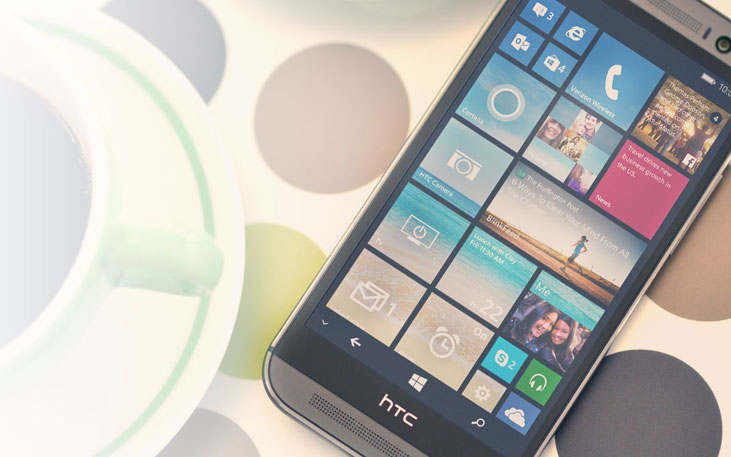 One of the long-running rumors finally materialized today as HTC officially took the wraps off HTC One (M8) for Windows, which is essentially an HTC One (M8) announced earlier this year with Windows Phone 8.1 on board instead of Android OS. 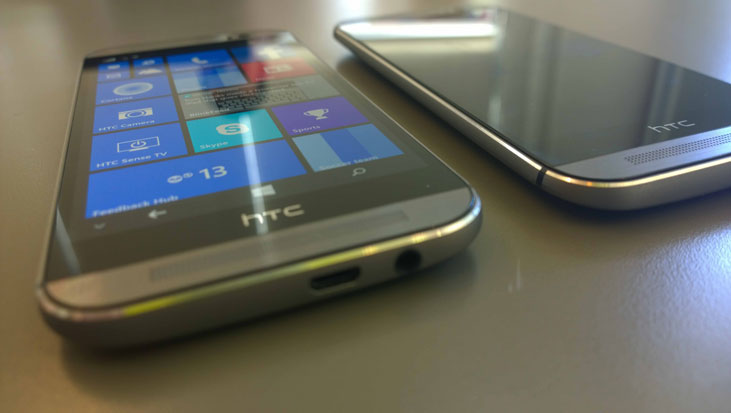 There are only subtle differences apart from the OS, and those too on the outside, in the Android and WP variants. The brushed-metal body is there in all its glory with Windows Phone branding on the back-panel of the phone to differentiate the two variants, and rest of the specifications are completely identical to the original One M8, which include, as a refresher for our readers: 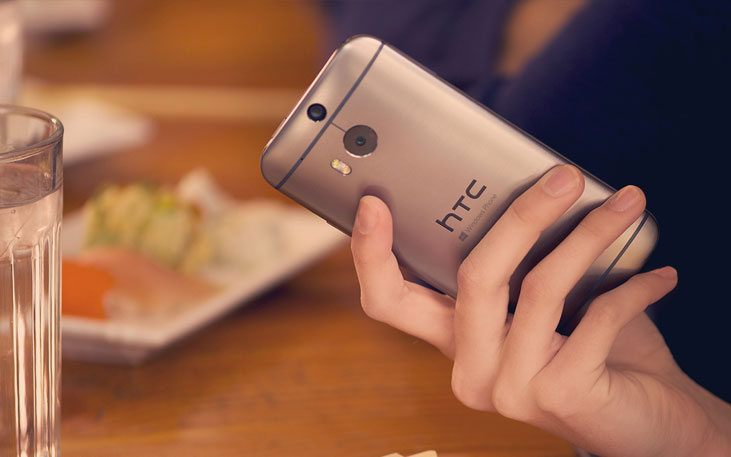 HTC One (M8) for Windows is first high-end smartphone running Windows Phone from a major industry player in the last couple of years other than Nokia, which produces the Lumia range of WP smartphones. According to HTC, the demand for an HTC One running Windows Phone from its users was very strong, even dating back to the days of original One (M7), and the WP variant is a result of that.

Reportedly, the ability of Windows Phone to run on most of today’s smartphones without needing to change the internals significantly is attributed to the latest update of the platform, Windows Phone 8.1, which makes it easy to port the operating system right onto a smartphone which had been running Android previously. 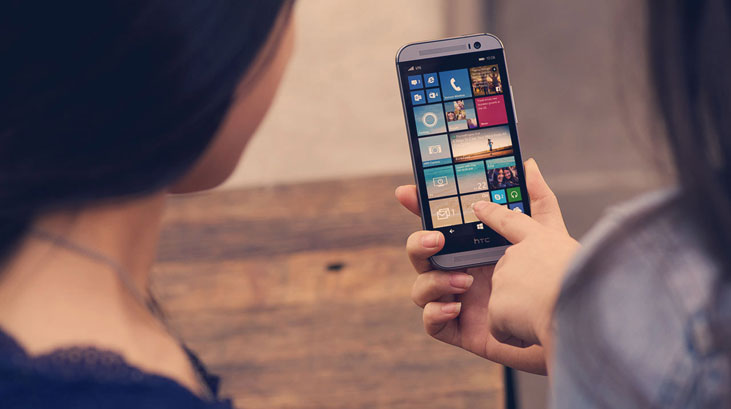 We have also seen some dual-boot smartphones in the past but their performance has been sketchy at best, but One (M8) for Windows is a whole another story. Not only the operating system works just as fine on M8 as it would on a Lumia device, but HTC has been able to exploit all hardware (and some software) prowess of the original device like dual stereo speakers with built-in amplifier; duo cameras for additional depth and effects in images like UFocus, DimensionPlus, Seasons and Image Match; microSD card expansion; onboard HTC ImageChip 2; Sense Voice, etc.

BlinkFeed from M8’s Android variants also comes included as a separate app, which some might find to be quite at home on a WP device thanks to its tile-based interface. Sense TV, double-tap-to-wake, and limited Dot View case functionality are also supported. Finally, for the sake of completion, all the Windows Phone-exclusive goodness like Cortana and Live Tiles come bundled with the package, of course. 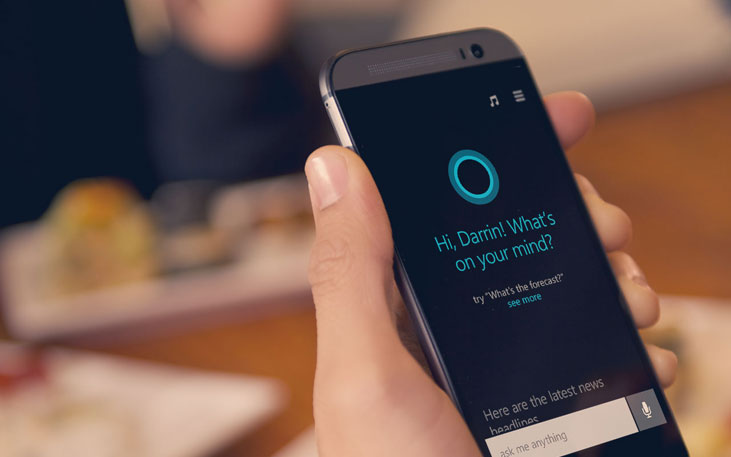 One M8 for Windows is only available in one color option Gunmetal Grey, for a sum of $600 in the US for an unlocked piece. The price will obviously find itself north of PKR 65,000 locally when it makes to Pakistani market, whenever that might come to pass. 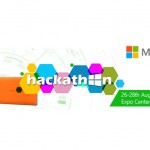