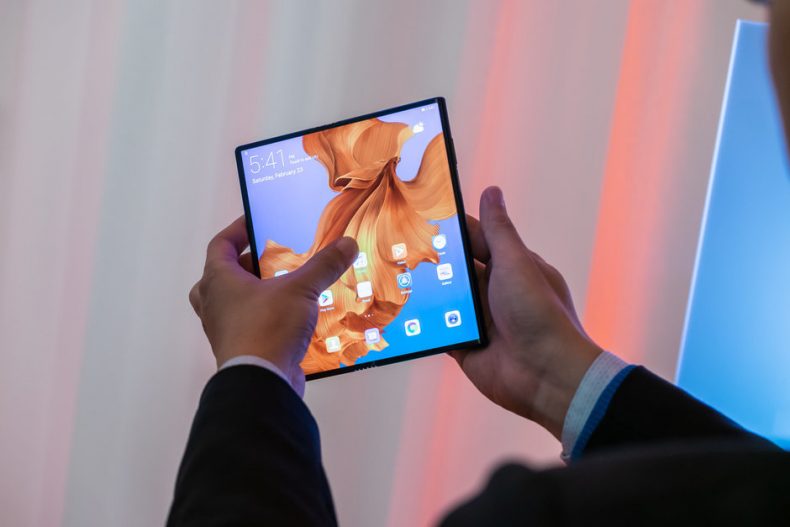 Having started the year with much pomp, including the memorable unveiling of the alluring P30 series in Paris and the launch of the foldable 5G-enabled Mate X, Huawei has well and truly justified its status as one of the best smartphone vendors in the world. However, the company does not intend to stop progressing anytime soon, as it plans to ensure that as many as half of its future flagships sport foldable displays.

In a recent interview with GSMArena, CEO Richard Yu asserted his intention to dominate the nascent domain of foldable smartphones. While the company’s focal point of attention right now is the Mate X, which is expected to go on sale in June, it is diligently planning for the future.

When asked about the number of foldable phones that Huawei has in the works for the near future, Yu said, “I think that on a flagship level in two years, half of our devices could be foldable.”

Of course, the immense price tag associated with foldable smartphones can’t be ignored, but Yu believes that with the passage of time, the technology will be perfected to the point where such a device should cost no more than its regular counterpart.

“As times fly, the costs will reduce, I think in two years foldable phones will have a similar price to current flagship phones. Still, some people will prefer normal smartphones and others will prefer foldable ones,” he said.

The company is also aware that while foldable smartphones are inherently revolutionary, it will take further innovation in the technology to ensure that they can stay ahead of the competition. In this regard, it is mulling over the possibility of making such devices much smaller and therefore more portable in the future.

“In the future, we can make a foldable phone sized in half of this one [P30 Pro], we have plans for a smaller foldable phone,” Yu stated.

Huawei is not the only player in the arena of foldable smartphone technology, with serious contenders like Samsung and Xiaomi looming nearby, but its ambitious plans for the future and an excellent track record from the past give its fans good reason to expect groundbreaking products.