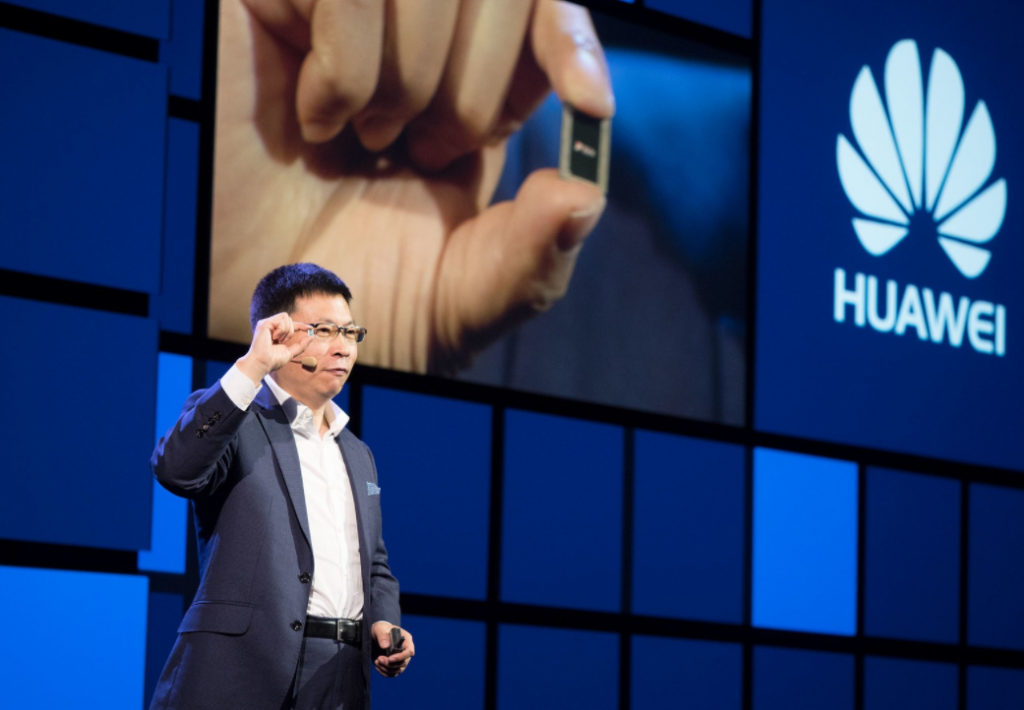 Huawei is delving into the world of Artificial Intelligence by introducing its first AI-enabled mobile processor.

At the IFA 2017, the world’s leading exhibition for consumer electronics, Huawei unveiled to the world ‘Kirin 970’ – an AI-equipped mobile processor chip. And the world’s third leading smartphone manufacturer is confident that it will outperform competitors Samsung and Apple.

The Kirin 970 is an octa-core mobile processor that has 5.5 billion transistors cramped in a tiny 10nm manufacturing process. It has a new 4.5G modem with 5CC carrier aggregation, a 12-core design, and the first ARM Mali-G72 GPU, to enhance smartphone performance and efficiency. Moreover, Kirin 970 comes with a dual Image Signal Processors (ISPs) that will reduce blurring and noise in pictures.

Huawei will roll out the Kirin 970 chipset with Artificial Intelligence in the upcoming Mate 10 and future smartphones. Richard Yu, Huawei’s Chief of Consumer Products, stated that Kirin 970 comes with a Neutral Processing Unit which is 50 times more powerful and 25 times more performance efficient than the quad-core Cortex-A73 cluster of the previous Kirin 960. 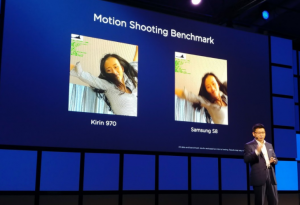 During the IFA event, Huawei did not shy away from taking yet another dig at Samsung. Richard Yu showed the audience two photos, one taken from the Mate 10 and another from Samsung S8. Despite the fact that Samsung’s flagship devices are considered to have great cameras, Mate 10 won the round. Yu stated that the dual ISPs in Kirin 970 allow for faster capturing of photos and removes any unwanted blurring.

Huawei is also confident that their new mobile chipset gives them a competitive advantage over both Samsung and Apple. Richard Yu stated, “Compared to Samsung and Apple, we have advantages. Users are in for much faster (feature) performance, longer battery life, and more compact design.”

Will Huawei’s flagship Mate 10 outdo Apple and Samsung? We’ll find out when the device rolls out next month. 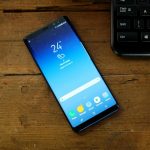