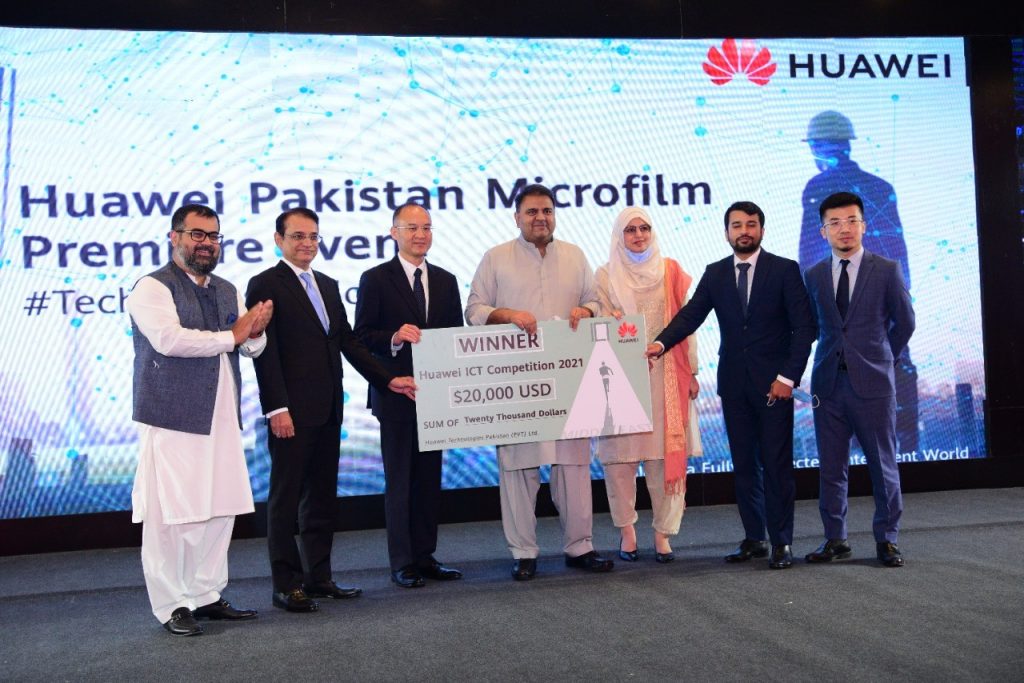 Huawei Pakistan held a Microfilm Premiere recently at Serena Hotel. The Microfilms followed the stories of three Pakistani’s who ventured out of their country, to make a better life for themselves, their loved ones, and their family. Although these might just be films, this is the truth for millions of Pakistanis worldwide who have only a few ways to stay connected to their loved ones, and Huawei Pakistan has vowed to stand behind these people.

The Premiere was attended by the Federal Minister of Information and Broadcasting of Pakistan, Mr. Fawad Chaudhary, Federal Secretary for IT and Telecommunications, Dr. Sohail Rajput, Ambassador of the People’s Republic of China to the Islamic Republic of Pakistan, Mr. Nong Rong, Deputy CEO Huawei Pakistan, Mr. Ahmed Bilal Masud, and Mr. Wuhan, along with other distinguished guests.

Each of the microfilms depicted the life of different individuals; a construction worker working in the UAE to help send monetary support for his ailing mother. A salon girl, the eldest sibling in the house, breaking stereotypes to lend her father a helping hand to financially support their family, and a taxi driver, who dreamed of becoming the first engineer in his family but sacrificed that dream to make sure that he could give his son that future instead.

Federal Minister of Information and Broadcasting of Pakistan, Mr. Fawad Chaudhary stated at the event, “I would like to thank Huawei for making these emotionally evoking films that show the truth for many Pakistanis. With their help, we’ve accomplished a lot in the past in the realms of ICT and we are counting on Huawei’s continued support in different collaborations in the future. The way things are going, and with Huawei’s unwavering support, we are sure that Pakistan will fulfill its goal of becoming ‘Digital Pakistan’ quite soon.”

Federal Secretary for IT and Telecommunications, Dr. Sohail Rajput resonated the same sentiment, saying, “On the front of Digital Transformation, Huawei is helping the Government of Pakistan in helping 1000 government officers in the field of digital technologies. We hope that in the future we can enhance this scope and engage in more partnerships in further training our youth as well.”

Ambassador of the People’s Republic of China to Islamic Republic of Pakistan，Mr. Nong Rong also added, “By perfecting Huawei’s technical support, product supply, and other services, strengthening technical exchange and local talent training, as well as seriously implementing social responsibilities, they can, together with their Pakistani partners, make an incessant contribution of wisdom and force to the implementation of “Digital Pakistan Initiative”, to the economic and social development of Pakistan, and to the building of a closer China-Pakistan community.”

Deputy CEO Huawei Pakistan Mr. ABM also remarked, “We will continue to work together, we all need to treat the improvement of digital skills as a priority and tackle the challenges facing governments, enterprises, and even technology firms themselves to be able to bring the benefits of digitization to more people, homes, and organizations than ever before.”

Additionally, the winning Pakistani team that grabbed the first prize in the 2020-2021 Huawei Middle East ICT Competition was awarded a prize of 20,000 USD.

The films were highly emotional and depicted Huawei’s quiet but strong support in showing that #TechBringsUsCloser. Furthermore, by providing HCIA and HCIP certifications to bridge the gap between industry and academia, the company is giving Pakistan’s youth the ICT skills it needs to ensure the vision of Digital Pakistan. 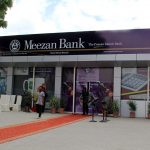