Huawei to sell parts of its Honor smartphone business

Huawei is currently holding talks with a number of organizations, including Digital China Group, with the express purpose of selling parts of its Honor smartphone unit in a deal that could be worth around $3.7 billion.

As per the report from The Express Tribune, the Chinese smartphone manufacturer is modifying its priorities in the aftermath of the US sanctions and planning to focus on its high-end line of smartphones rather than the Honor brand, which is admittedly geared more towards younger and more budget-conscious people.

The assets to be sold in the deal have yet to be finalized, but are expected to include Honor’s brand, research and development capabilities, and related supply chain management business.

While Digital China Group is the most probable buyer, other companies expected to bid for the Honor brand are Chinese electronics manufacturer TCL and rival smartphone company Xiaomi.

The Honor brand was established back in 2013 by Huawei and has since operated mostly independently from its parent company. It mainly competes with Xiaomi, Vivo, and Oppo in China’s super competitive smartphone marketplace. With customers spread across Asia and Europe, Honor became a popular name over time.

TF international Securities analyst Kuo Ming-chi believes that the move illustrates a win-win situation for the Honor brand and the Chinese electronics landscape as a whole.

“If Honor is independent of Huawei, its purchase of components will no longer be subject to the US ban on Huawei. This will help Honor’s smartphone business and the suppliers,” he wrote in a research note last week.

If Digital China succeeds in its bid, it plans to finance most of the deal with bank loans and is expected to secure the necessary funding over the next few weeks. Unsurprisingly, shares associated with the group have gone up by 6% in the Wednesday afternoon trade. 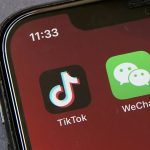