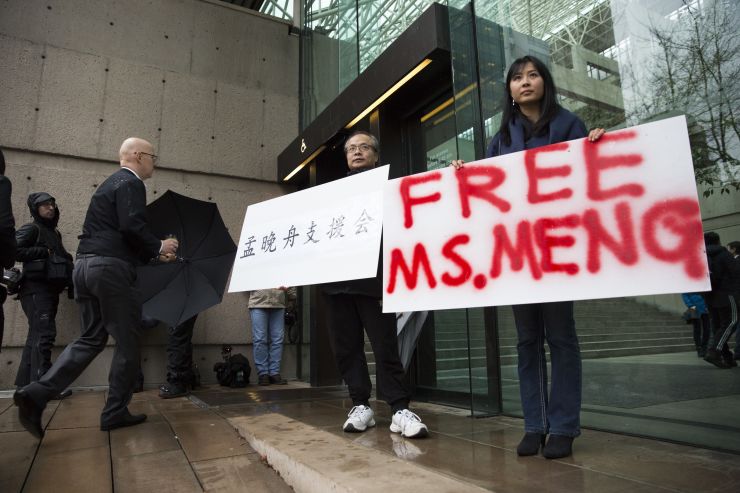 The world of tech received a shocking news when it was revealed that Huawei’s high profile CFO Meng Wanzhou was arrested by the Canadian authorities on the accusation that she helped Huawei evade US trade sanctions. Meng was reportedly released on the conditions that she would pay for her own 24-hour surveillance team and a tracking device along with a bail of $7.5 million US. The bail was set by a Vancouver judge who also imposed some strict conditions under which Huawei’s CFO would be under tight monitoring over bank fraud allegations.

Not surprisingly, USA has asked the Vancouver court to cancel the bail of Meng Wanzhou and called her a flight risk. These comments from the US authorities can be attributed to the fact that Meng Wanzhou was later scheduled to be extradited to the USA, on the charges that Huawei improperly took payments from Iran in violation of sanctions against the country. Meng’s team argued that her chance of being a flight risk was nonsense as the CFO was already suffering from thyroid cancer and was on a drug treatment. They argued that her situation could get worse if is she remains detained.

Meng was detained on December 1st at the request of US authorities. She was arrested in Vancouver on behalf of the United States during a flight transfer from Hong Kong to Mexico. It seems that USA is adamant on getting Meng extradited to the USA as the US authorities allege Huawei of using a third-party tech provider, Skycom located in Hong Kong. This third party tech provider is responsible for directly conducting business with Iranian companies despite the sanctions imposed by EU and USA.