The National Information Technology Board (NITB) has warned Pakistani users of an Indian malware, “Hackshaw,” through a tweet. According to the NITB, fake versions of popular apps such as Signal, Babble, TeleChatty & Filos could be tainted with Indian-based malware ‘Hawkshaw’ and used to carry out phishing attacks. “Don’t download any untrusted APP or APK from open source web links. Kindly download such Apps from Google Play Store or Apple Store only.”, the board added.

Earlier, an American security company, “Lookout,” revealed that the Modi government’s sponsored; Indian hackers are involved in cyber-espionage and are spying on Pakistani citizens. The report named two other malware known as Sunbird and Hornbill distributed to the targets through fake Android apps.

The news comes amidst reports of various Indian hacking groups being nurtured and equipped at a similar level as that of the USA, China, and Russia, to conduct cyber-attacks on a regional level.

Some of the most commonly used techniques include using fake apps, social engineering tactics, and phishing, highlighting the need for greater cyber-security measures to be implemented across the nation and awareness among the masses. 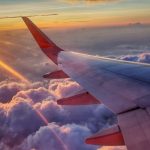