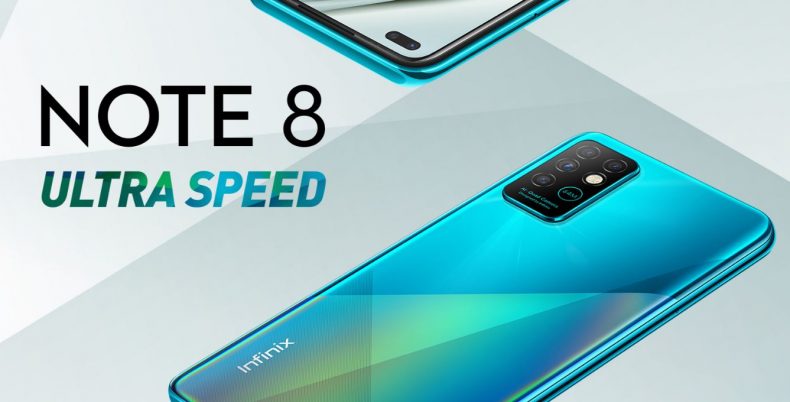 Inifinix just confirmed the Note 8 and Note 8i on its website. The Note 8 is the successor to the Note 7. Both the phones use a MediaTek Helio G80 chipset which has a 35% more AnTuTu benchmark score than the MediaTek Helio G70 chipset present in Note 7.

The Note 8i is smaller, having a 6.78 inches display with the same resolution. The 64 MP lens is replaced by a 48 MP lens. The front camera also has a single 8 MP lens. All the other specifications are the same.

Both the phones come with 6GB RAM and 128GB storage. The phones are powered by a 5200 mAh battery and support 18W fast charging through a USB type C cable.

We don’t know when they will be available in Pakistan but the price of the Note 8 is expected to be Rs. 33,999. The price of the Note 8i should be significantly lower around Rs. 24,999 considering there are major differences like the absence of the secondary front camera, a smaller display size, and the 48 MP back camera instead of the 64 MP.