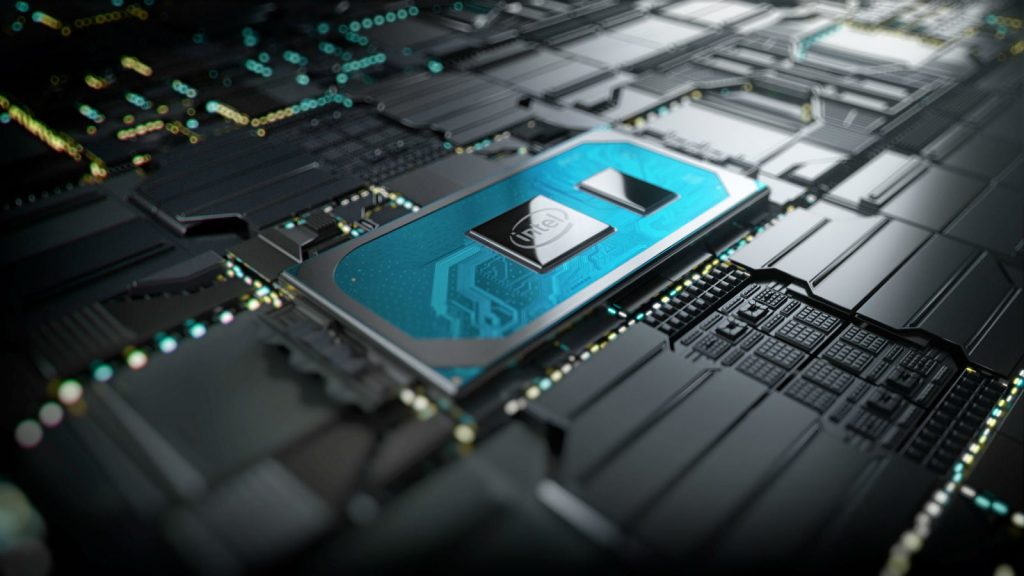 With IBM introducing their latest chip and Apple already making a phenomenal impact with their new M1 chip, Intel is looking to keep up the pace with its competitors by introducing its Tiger Lake CPU lineup which includes the U and H35 processors.

These high-end processors are designed for the top of line laptops that are said to have a price tag of $1000. The top model in the new lineup is the Core i9-11980HK which features 8 cores and 16 threads and is running at a base clock speed of 2.6 GHz with a rating of 45 W. However, switch to ‘turbo mode’ and you get a whopping 4.5 GHz or 5 GHz with a rating of more than 65 W. 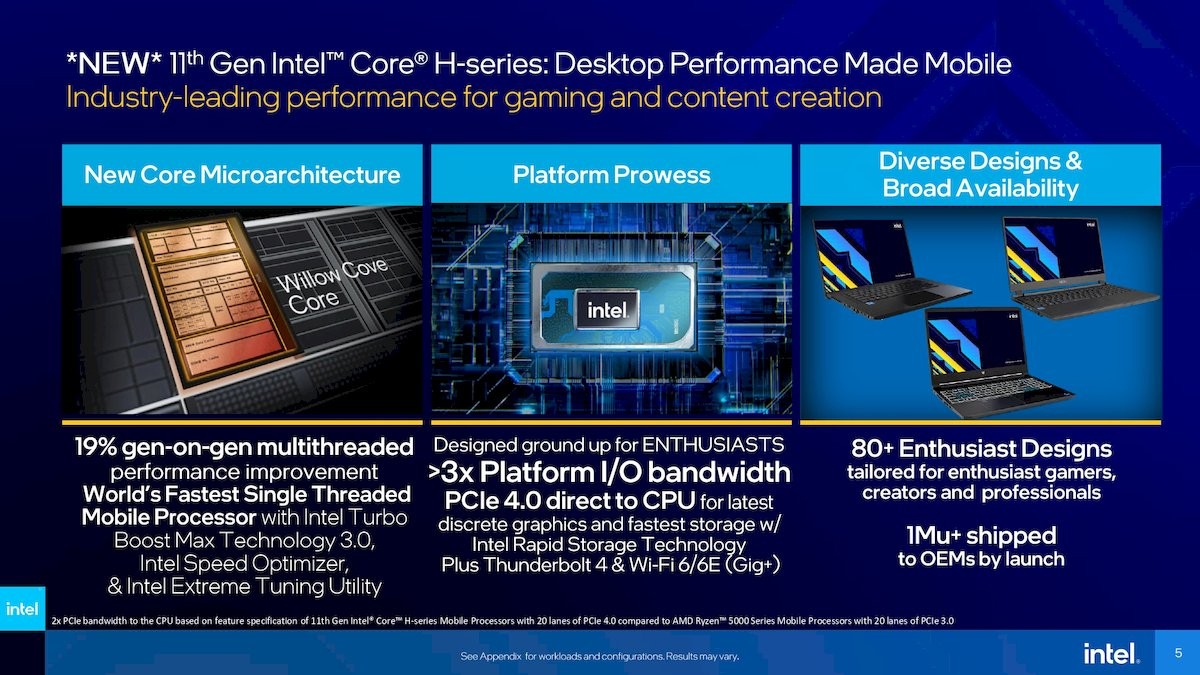 The other processors of the H series run at 35W with a lower clock speed. Regardless of the variations, the new 10nm Tiger Lake processors give about 19% higher performance per clock in comparison to the 14nm Comet Lake series which was the previous generation.

However, if we talk about gaming performance then the following chart will give you a better insight into what to expect from the H-series. 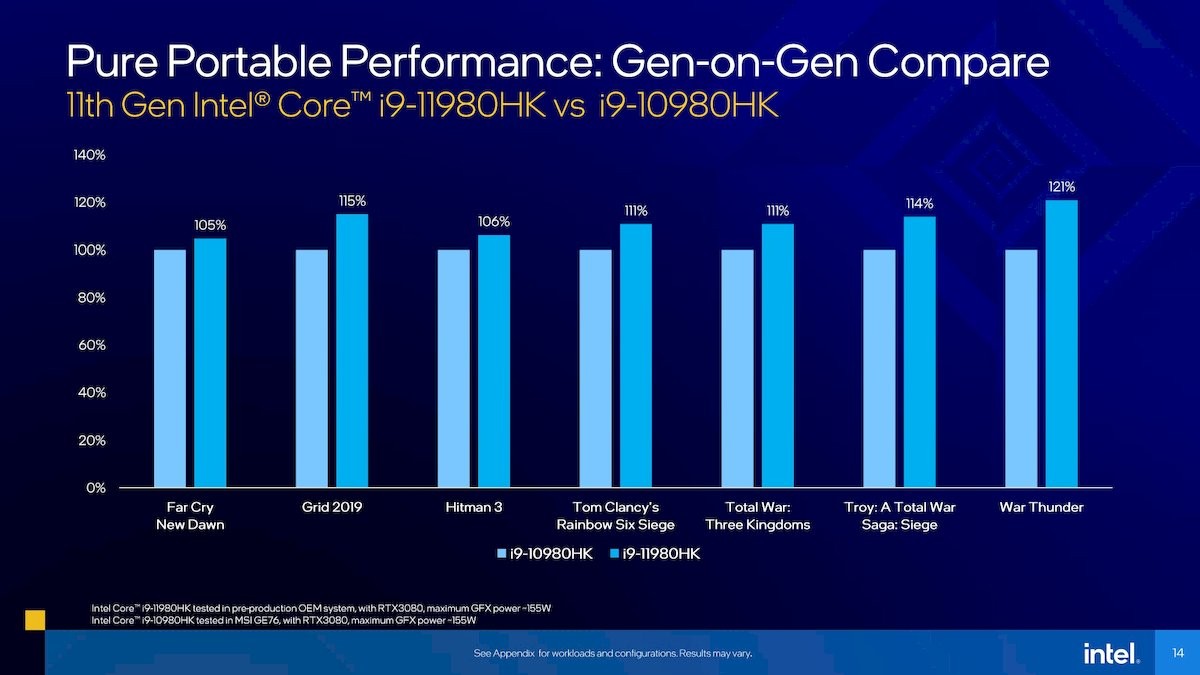 The H series processors will be coming on the latest laptops real soon hence we can expect high-end smooth performance but the question is can it really outdo its competitors? 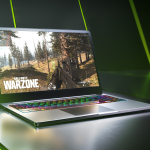