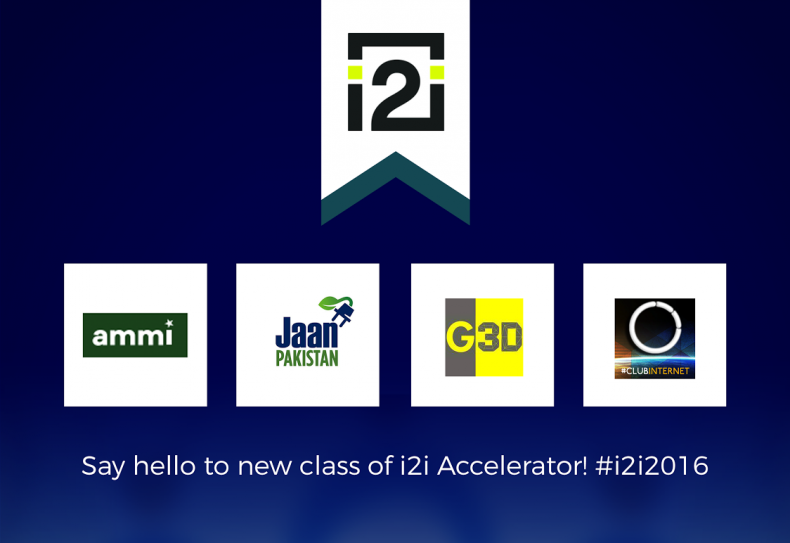 Invest2Innovate has just announced its 5th batch of startups for its annual accelerator. After a long, competitive process, 4 startups were able to make it from over 200 applicants. The new class includes 2 startups from Lahore, 1 from Karachi, and 1 from Islamabad.

This year around i2i is following a theme of health, nutrition, and accountability which reflects in the selected startups. Here’s a look at what these four startups are doing:

Asaan Doctor: Asaan Doctor is a simplified, affordable, scalable medical platform for underserved communities with a special focus on privacy.Their platform is both web and SMS -based.

Grit 3D: The main aim behind Grit 3D is to empower amputees by doing some actual ground work. Their work is centered on making functional 3D-printed prosthetic hands to assist people with amputations.

Jaan Pakistan: Jaan Pakistan is working with a goal to introduce clean cooking stoves in Pakistan to save lives in rural, off-grid communities.

All these startups will also be eligible for a grant of £10,000.

Invest2Innovate is one of the oldest startup-support programs in Pakistan. During their active years, starting from 2011, they have accelerated numerous startups, raised over $1 Million in investments, grants, and donations and have created over 1,000 jobs. Like every year at i2i, these four startups will be inducted in September for the 2016 – 2017 accelerator program. In the entirety of this four-month program, they will go through rounds of meetings, virtual support to grow their businesses, targeted sessions by mentors on various topics like customer acquisition and operations.