IT and Telecom sector receives Rs.1.2 billion amount under PSDP

The government of Pakistan has released Rs. 1.214 billion amount for Information Technology and Telecom sector under the Public Sector Development Programme (PSDP). The government allocated a total amount of Rs. 1.45 billion to the IT and telecom sector for the current fiscal year 2018-2019.

According to the official documents, out of those Rs. 1.45 billion the government has released Rs. 1.214 billion in addition to the Rs 344.505 million of foreign aid to this sector. Moreover, IT and telecom division will receive Rs. 870.451 million local equipment as well.

The Ministry of IT and Telecom previously proposed a total amount of Rs. 9.787 billion for 15 development projects in Pakistan for the financial year 2018-19. These technology projects include 6 on-going projects and 9 new projects. The Senate committee also approved Rs. 9.787 billion proposals in the budget under the PSDP for the current fiscal year against Rs. 1.538 billion allocated for the previous financial year 2017-18.

However, the previous government under Nawaz Sharif leadership allocated Rs. 6.535 billion for IT and telecom sector under the PSDP program for 2018-2019. With the cut in PSDP by the current government, the budget allocated to this sector has reduced to Rs 1.45 billion for IT&T division for the current fiscal year.

Below listed are some of the new projects with their released amounts by the government. 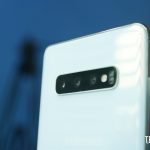