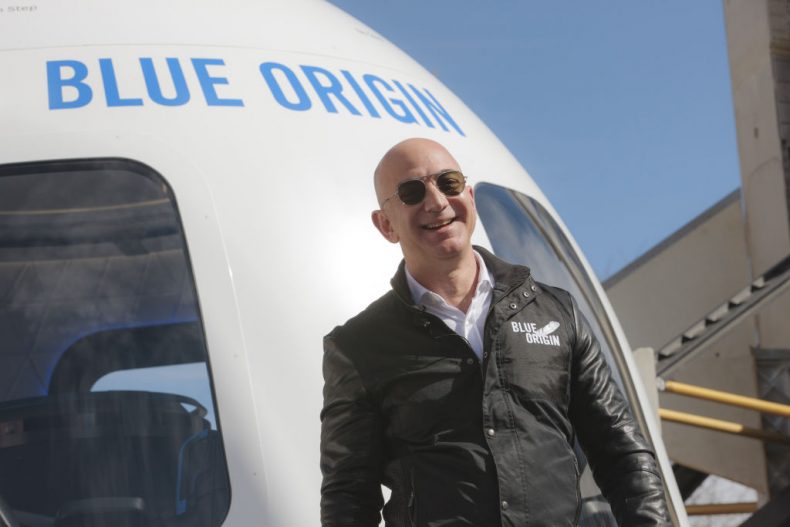 Jeff Bezos is not just the owner of Amazon.

For many of those who do not know, the world’s richest person also owns Blue Origin. Blue Origin is a space engineering company, where Jeff Bezos has been putting hefty investments. Jeff Bezos plans to use this company to put people on moon within a span of five years. He also plans to launch a delivery service like FedEx.

The company started a mission called, “Blue Moon” project which is now in the next phase and has a target to finish the project by 2023. Through this flight, he plans to send a manned flight to the moon.

It is also to be noted here that Jeff Bezzos is not the only one to send people to space. NASA and Elon Musk also have similar plans. While NASA plans to send people to moon by next year, Elon Musk, the CEO of Space X has plans to land spaceships on Mars by 2022.

Blue Origin business development director, AC Charania told while talking to Geek Wire about the project that this project is their first step to develop the potential to land on the moon. “Our first step to developing a lunar landing capability for the country, for other customers internationally, to be able to land multi metric tons on the lunar surface. Any permanent human presence on the lunar surface will require such a capability.”

previous
2018 iPhones to come in gold, grey, white, blue, red and orange colors
random
next
Rumors suggest the upcoming Galaxy S10 might have a side fingerprint scanner
Trending Posts