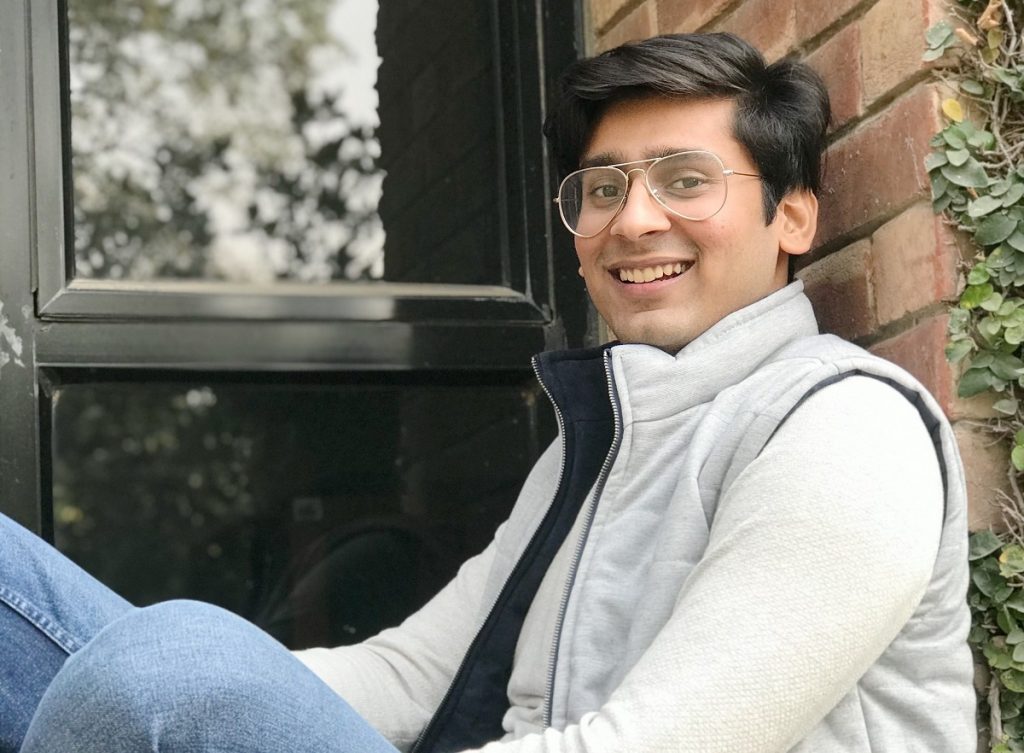 Today we bring you an interview with a founder who puts a smile on people’s face who follow his page on Instagram. Here we have an example of someone who is making an impact through his creativity and wits. Meharyar Khan is a LUMS graduate and the founder of Jokeshub with over 1 million followers on Instagram. We interview Meharyar to know more about him and his page as well as the strategies he used to scale up to more than a million followers.

Q. Tell us a bit about yourself and what made you start Jokeshub.

I am a social media influencer and entrepreneur who joined Instagram back in 2012, at a time when the application wasn’t very well known in Pakistan. I started my journey by making funny comics on my Instagram account, these including pictures of me reacting with text on them. From the very start, my focus was on a worldwide audience as at that time the idea of Instagram blogging and business had not even surfaced in Pakistan, whereas internet personalities had started becoming the main face of social media in the US and other western countries. I started gaining followers by doing collabs with other comic meme makers who were mostly from the United States and hence a lot of US audience started following me and tagging their friends in my comics as they found them funny and relatable. However, that was a time when comics were trendy and one of the few sources of entertainment on Instagram. In about 1.5 years, my page had reached 100k+ followers. At this time, I was the most followed person on Instagram in Pakistan. I remember even Fawad Khan had 50k followers at the time. However, the once trendy comic theme started to die down and I knew immediately that it was time to pick up the next trend. I saw a huge business potential in themed pages like meme and quote pages and immediately switched to a comedy meme page to continue my Instagram journey. Although I changed the username of that account many times in between to fit trendy themes, that page now is Jokeshub.

Q. How did you use to balance your studies with managing the page? How do you keep the fresh source of content inbound on the page?

Since 56% of my audience today is from the United States which has been my main target market, I haven’t been very distracted during school timing. However, this does mean that I have had to sacrifice my sleep a lot. Back in 2016, when I started studying in LUMS, I had 750k followers, however, due to my busy hostel life I wasn’t able to concentrate as much on the page and while graduating I was only left with 690k followers. Although I do have a lot of memories of posting memes and accepting followers during lectures and hanging out with friends.

Q. Since you have been doing this for over a number of years, how has Instagram changed in regards to content and how did you pivot your strategy to scale.

Instagram has changed a lot during these years. In terms of regulation, Instagram has become a lot stricter with the kind of jokes you are allowed to post. I have had many of my jokes deleted as they were offensive to a certain audience. Having posts deleted also risks your account getting disabled so now I have to be cautious about my posts and I need to make sure they’re safe to post before posting. In terms of newer tools, the change has been great, now themed pages have a lot more options to grow their pages. These can be through replies on posts called reply for reply and going live to boost posts. Even the introduction of slide posts has been a great resource for our theme pages to grow. However, living in Pakistan, I sometimes have to face backlash in business since these updates are not introduced in Pakistan right away such as the Reels feature which gives businesses greater reach and impressions than normal videos. 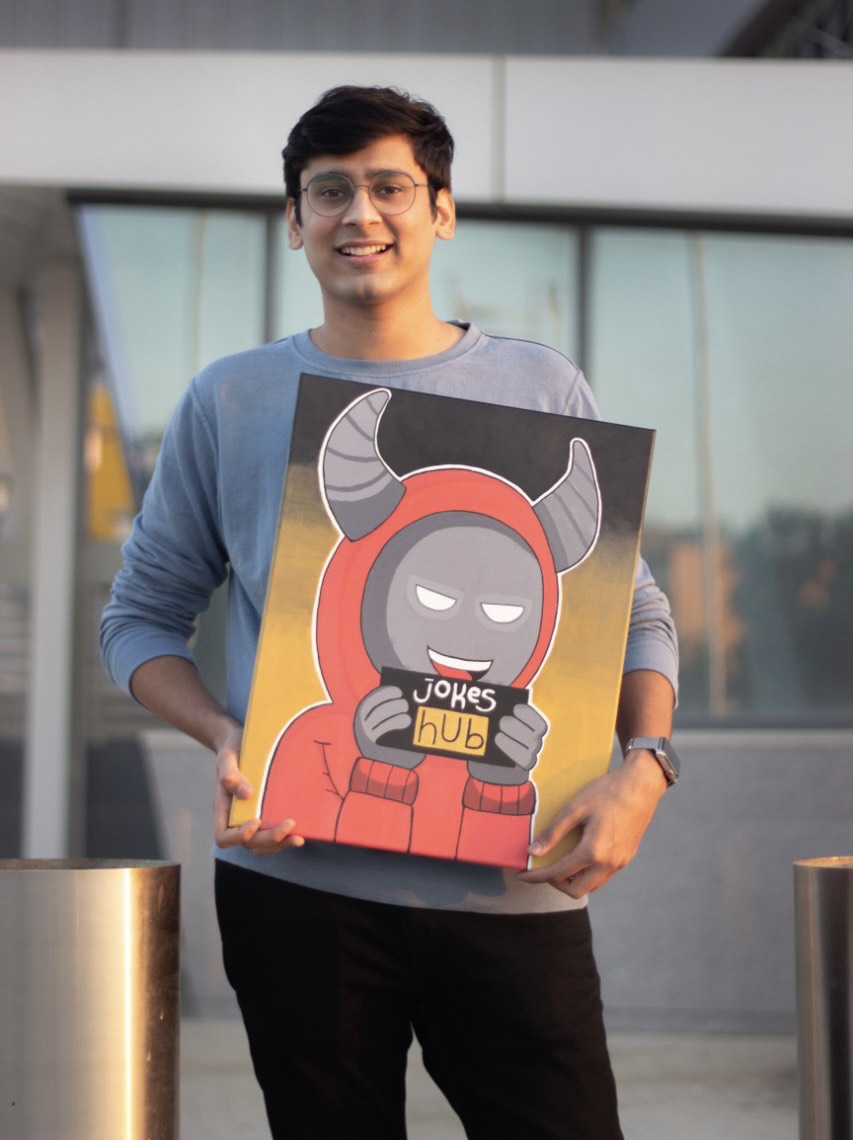 Q. Over the years, do you have any particular incident or a story that you would like to share regarding your page with our audience.

Q. How do you navigate your way around the political correctness prevalent on social media platforms these days? Especially since you have a meme page.

Right now, there are two kinds of people on the internet. Those who enjoy jokes regardless of how edgy and sensitive they are for the sake of them being jokes, and those who believe that such jokes can alter people’s thinking and make certain tabooed things a norm in society. Since the latter is a more sensitive concern, as an influencer, I like to keep my jokes clean from any kind of vulgarity or insensitive remark as I believe it is my responsibility to not be a cause of resentment among people and to create a safe space for all my followers.

Q. Do you always make your own content or does the meme-loving community contribute to your page as well.

Even though I am where I am by posting original content, I no longer make my own memes. Especially because the current Instagram algorithm requires me to post around 10 times a day for my page to maintain its activity.

Q. Having 1.2 million followers is a big deal. Have you ever thought of using your influence and fame for a bigger cause? For example, the recent university fees hike scenario.

Since the majority of my followers are from Western countries, I have never been able to raise concern over local issues. However, in the past, I have posted regarding the Israel-Palestine conflict in order to raise awareness and I have also used my platform to raise awareness for the Kashmir issue.

Q. What are your future plans for Jokeshub? Do you have plans for any parallel ventures?

Personally, I don’t see any stopping. In the next two years, I want to grow Jokeshub to at least 3 million followers. Yes, I have a backup page with 400K followers as well that I am trying to grow to 1 million followers. Its username is @yawning. Apart from that I also invest in digital assets like unique Instagram usernames which sometimes sell for as much as $12,000.

Q. What is the single most useful piece of advice you would give to someone just starting out in social media and wanting to scale to 1 million followers?

There is a lot of potential in the Pakistani digital space if properly utilized. Do something you love because you love doing it rather than doing it for the sake of earning money. I would advise to just keep it as a side hustle while prioritising your education first. 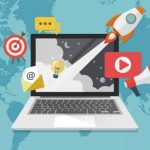