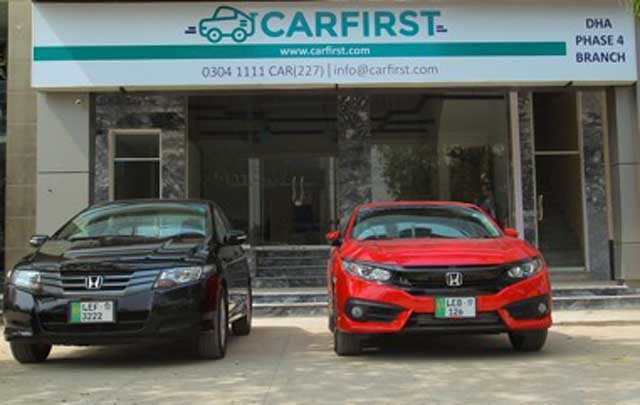 CarFirst goes on to join the list of startup companies in Pakistan to announce the closure of its activities as of now.

“CarFirst has chosen to stop operations in Pakistan,” said a Friday post on CarFirst’s LinkedIn profile. The page also includes a list of 365 workers that have incorporated CarFirst into their professional networking and career development platform.

“We would like to thank our staff, partners, and, most importantly, our customers for their ongoing support throughout our journey,” the company added.

CarFirst stated that staff would remain in place to oversee the entity’s closure and respond to partner and customer inquiries during the closing period.

CarFirst, which launched in late 2016, served as a middleman for purchasing automobiles from customers and selling them to dealers via online auctions: a conventional consumer-to-business-to-business strategy. 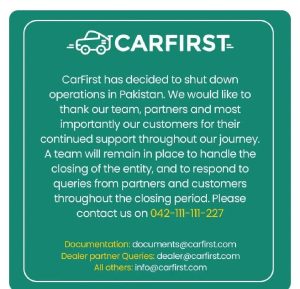 The online platform enabled automobile dealers to get their vehicles examined and sold within an hour, including payment processing time. CarFirst’s online auction platform for used automobiles also features an App, which allows partners and buyers to discover the car they want quickly.

The decision to shut down comes at a time when several companies especially start-ups in Pakistan are experiencing increasing levels of financial strain, and several smaller and larger businesses have recently made announcements regarding layoffs or the discontinuation of certain business lines.

A little more than eight months after receiving financing for $50 million, the Dutch company VavaCars, sponsored by the oil and commodities trading business Vitol, said earlier this month that it had shut down its activities in Pakistan.

Before transitioning into a multi-service platform, the company gained a good reputation for its ride-hailing services. Careem, on the other hand, has decided to concentrate its efforts in Pakistan on its ride-hailing and delivery businesses; hence the company has discontinued its food delivery service. The firm indicated that it would “attempt to revive the service again in the future when the economic conditions are more favorable,” which was said in conjunction with the announcement that the meal delivery operation would be discontinued.

Another startup, Truck It In, established in August 2020 to enhance freight transportation by connecting truckers and shippers through its online platform, has announced that it is “recalibrating its approach,” indicating that some employees will “go on to address new difficulties.”

In July, Airlift Technologies announced that it would be closing permanently. The company was a prominent firm in Pakistan’s startup industry and the recipient of the country’s largest single private financing round in the country’s history. 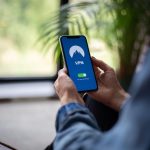