Largest plane in the world ready to take a flight 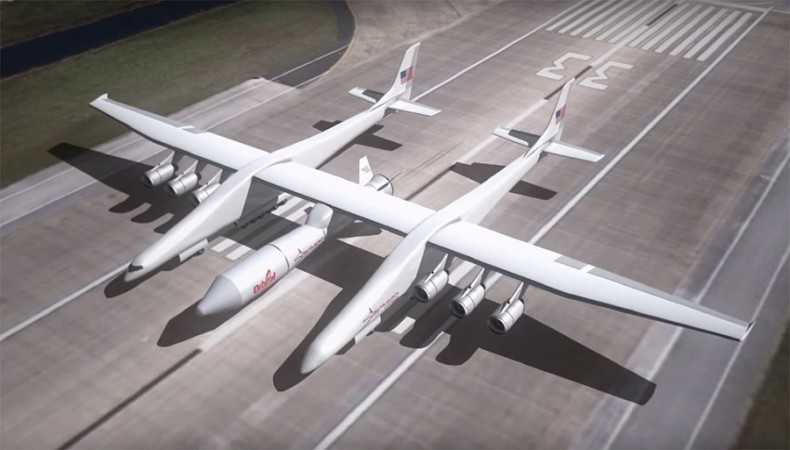 Microsoft co-founder Paul Allen planned to build the largest plane in the world in 2011 under his company, Stratolaunch Systems. The plane called Stratolaunch is currently under construction at the Mojave Air and Space Port in California, but it will be ready for flight in 2016. We can expect missions on this plane to go underway in 2018.

Stratolaunch, nicknamed “Roc” after a fictious bird of prey, has two fuselages, six Pratt & Whitney jet engines, 28 landing gear wheels, and a 385-foot wingspan. This plane is being constructed using pieces of quite a large pair of Boeing 747s. The purpose of constructing the largest plane in the world was not to enter Guinness Book of World Records rather it aims to change the way satellites are launched into space.

A satellite is launched into space through a launch vehicle or a rocket on which the satellite rides from a stationary launchpad. Stratolaunch, on the other hand, will provide flexible satellite launches from anywhere in the world where there is a big enough runaway and in different weather conditions too. Moreover, it will save extra fuel required for the rocket to blast off and start moving from 0mph.

The plane can carry a three-stage rocket which will be equipped with a satellite between its two fuselages. When the plane reaches a certain altitude, the rocket will detach, blast off into space and later, release the satellite. The plane together with the satellite and rocket weighs about 1.3 million pounds. This will limit the amount of payload that can be added to the plane.

The Stratolaunch will require around 12,000 feet of runway to take off whereas commercial planes only require 7,000 to 8,000 feet long runway. Experts says that this initiative can make space travel more affordable.

previous
Patari launches beta apps for Android and iOS — We go hands on!
random
next
Turing Phone aims to be the world's most secure phone ever
Trending Posts