Lunar calendar to be finalized by 15th Ramadan, launching a mobile app to help in moon sighting; Fawad Ch

The Federal Minister for Science and Technology Fawad Ch has said that the lunar calendar will be prepared by the 15th of this Ramadan and an app will be introduced that would help to determine the sighting of the moon in Pakistan. The minister says that the lunar calendar will reveal the exact dates of Ramadan, Eid-ul Fitr, Eid-ul Azha and Muharram for the next five years with accuracy.

Fawad Ch last week formed a five-member committee to finalize the exact dates of Ramadan, Eid, and Muharram for the next five years, and now while talking to the media in Karachi, the minister has said that the committee will finalize the lunar calendar before the 15th of Ramadan.

He further informed that he has invited religious scholars to become a part of the committee he created to help in the preparation of the lunar calendar. He also urged for providing the religious leaders with government jobs of 14 to 16-grade pay scale. Fawad previously said that spending 4 million rupees for the moon sighting every year in unwise and that the Ruet-e-Hilal committee members should sight the crescent voluntarily.

The federal minister earlier this month criticized the moon-sighting process in Pakistan. He said that every year when the religious scholars sit for moon-sighting disputes arise over the sighting of the moon. He said that we should use the latest technology which has the ability to predict the whole lunar calendar, and we should not waste money on archaic methods.

While criticizing the Ruet-e-Hilal committee Fawad said, “Those, who cannot even watch the person sitting next to him, are attempting to witness crescent. Is moon sighting only from a 100-year-old telescope ‘Halal’ and usage of modern telescope ‘Haraam’?”

On the other hand, the chairman Ruet-e-Hilal Committee, Mufti Muneeb-ul-Rehman strongly opposed the minister’s statement and said that Fawad should not interfere in matters he doesn’t understand. 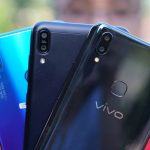