Meetings will be becoming more holographic as Microsoft introduces Mesh 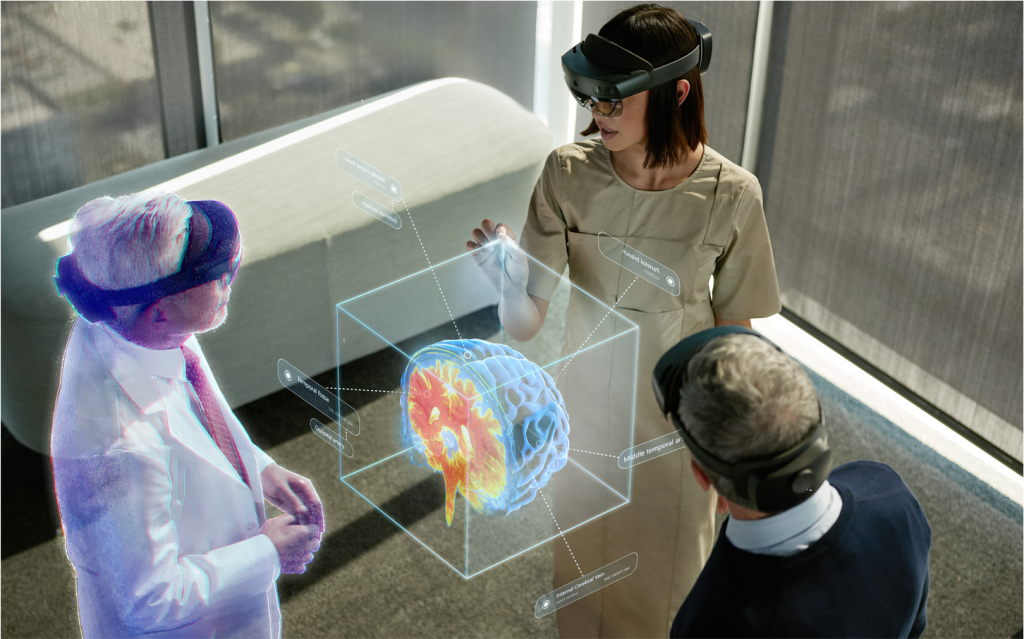 In a special event focused on Augmented and Virtual Reality, Microsoft unveiled its new product which will be utilizing the power of Hololens to completely change the way meetings are held.

The application is called ‘Microsoft Mesh’ which utilizes AR and VR to provide a holographic immersive way of holding a meeting. It allows users to interact with each other in the form of 3D content. While some of the content is handled by the Hololens device, the majority of the processing and all of the technical hard parts of sharing spatial multi-player experiences are handled through the web.

In the company’s presentation, they made a huge impact by showcasing potential use cases. Moreover, they showed how Mesh will change the way businesses and teams engage in meetings. Users will be able to join any meeting in person through virtual reality while thousands of miles away. Users will be able to see each other as cartoonish holographic avatars who can interact with each other as if they were physically in meetings.

This eliminates the concept of platforms such as Zoom, Google Meet, and other video calling platforms where users only could see each other by turning on their device’s front camera. Microsoft further added that they hope to one day beam a user’s 3D photo-realistic presence into the app but that would require more time and research as the process is still rather complex.

In a nutshell, Microsoft has achieved the concept of holographic meetups and the ability to design things through holograms similar to what we have seen in sci-fi movies such as Star Wars, Iron Man, Star Trek, and so on.

Microsoft Mesh is accessible on the HoloLens 2 and other third-party VR headsets, phones, tablets, and PCs hence providing a window into the futuristic platform for all sorts of users.