Millions lost due to ATM skimming fraud in Karachi and Islamabad

The last week turned out to be a tough one for the residents of Islamabad and Karachi as a massive ATM skimming incident affected hundreds of citizens who lost millions as a result of it.

According to the reports on news media outlets, over 500 people were affected as a result of this incident. The skimmers tracked the credit and debit card information and then used that to withdrew money in China. Majority of the people were unaware of the fraud and became aware when were notified by the bank.

The issue has been taken up at the diplomatic level. FIA have written letters to Chinese Diplomats with details on this recent fraudulent act in Pakistan.

Earlier this year, two Chinese citizens were caught red-handed while removing skimming devices from an ATM in Karachi. It is highly speculated that a Chinese gang is involved in this recent activity as well since the money was taken out in China.

What is ATM Skimming?

Simply speaking, ATM skimming is the theft of identity carried out through the use of devices known as skimmers. Thieves install these devices directly into the machine to steal personal information right from your card.

What is a skimmer?

A skimmer is a card reader that catches data from a card’s magnetic stripe (found on the back on your ATM card) when you operate the machine. The device looks almost completely identical to the actual card slot found in the ATM machine. This is done to camouflage the device so that the user does not know there is anything suspicious. The skimming device has a built-in memory card for storing your credentials.

If you are feeling paranoid and want to be sure that the ATM you are using is safe for the transaction. Read our guide here. Additionally, we will recommend keeping mobile alerts on to stay updated with your account balance and activity. 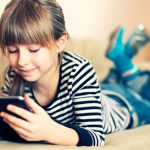