According to the data released by the Pakistan Bureau of Statistics (PBS), the figures in February reduced by -9.12% when compared to $59.771 million in January 2019.

Pakistan Telecommunication Authority (PTA) launched a Device Identification Registration and Blocking System (DIRBS) and estimated that the revenue gained from the import of mobile devices will be around $200 million annually. Besides reducing security challenges in the country, the DIRBS system is expected to generate additional revenue as well.

The PTA has launched DIRBS to reduce the usage of fake mobile phone devices and protect the consumer’s interest by preventing mobile phone theft across the country, in line with Telecom policy 2015, which was issued by the Ministry of Information Technology and Telecom. 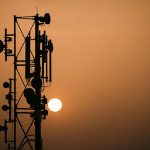