About a month ago, FBR admitted that it was unable to collect data from telecom operators in Pakistan and therefore it was unable to properly collect withholding tax (WHT) from them. The Senate Standing Committee on Finance expressed their anger on the FBR for not collecting the tax properly.

Now, the FBR has developed a software which will collect data from all 4 telecom operators. Firstly, telecom operators were unwilling to share the data with FBR but Pakistan Telecommunication Authority (PTA) stepped in and solved the issue. Now the operators are bound to share the data with FBR with their recently developed software. Here’s what an FBR representative had to say on this.

“The companies were reluctant to share the data with the FBR describing huge customer base and confidentiality as the reasons but the matter has been resolved after involving the PTA. Ufone, Telenor and Mobilink have started providing data for the last three months.”

It seems like companies were collecting the tax from their customers but they were not depositing it into the tax pool. Here’s what Senator Saud Majeed of PML-N had to say on this.

“This money is collected from the customers but why are the companies adding it to their own pool of resources?”

The development of the new software is a positive step by FBR as they will now be accurately collect taxes from all telecom companies. The data will be collected on biweekly basis from the companies.

Senator Shahi Syed, the committee chairman also suggested during the meeting that withholding tax should not be deducted from Rs. 100 card as it is used by people with low income. 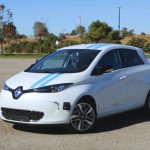 This self-driving car can avoid obstacles like professional drivers