More than Rs. 30 billion earned by the e-stamping project

Since the launch of the e-stamping project by the Punjab Information Technology (PITB), it has earned Rs 30.243 billion. The flagship project is focused on collecting judicial and nonjudicial electronic stamps.

The new system of selling stamp papers is a big improvement from the old manual system that would only work through a very long and tedious process. At best, the old system would only collect between Rs 20 and 22 billion per year. With the new system, however, everything is looking promising with more than 1,246,600 people having paid the e-stamping website a visit since it was launched 12 months ago. Of the 1,180,414 e-stamp papers issued using the new system, 78,015 are judicial while the remaining 1,102,399 are nonjudicial in nature.

In praise of the new system, Dr. Umar Saif, the Chairman of the PITB, stated that the previous system was more than 100 years old and it had been a difficult system to execute compared to the new system. He also said the new system will make it easier to serve the citizens given its focus on innovative ways of issuing e-stamps. The system will benefit both the citizens and the government by streamlining the operations of both parties. This new system also does a great job at avoiding any malpractices that were common while using the old system.

The new e-stamp issuing system is a modern version of the old paper stamp system that was introduced in the Sub Continent 117 years ago (from 1899). The system was introduced by the British colonial masters. This new system will do away with long queues, agent mafia, fraud, forgery and many other issues that were dominant in the old system.

Using the new system is an effortless task which can be completed in record time compared to the old one. To verify the value and authenticity of the e-stamp paper, one will need to send an SMS with the names of the buyer, the seller and the CNIC. The CNIC can then be verified using the NADRA online system. The applicant will then receive a challan form which will be paid at a Bank of Punjab or National Bank branch. The bank will then issue the stamp to the applicant.

An Internet Entrepreneur who converts visitors into customers; A Google & Microsoft Advertising Professional with years of experience in Internet Marketing, Social Media and Blogging. Profile 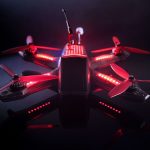