My take on the TikTok ban and unban in Pakistan – who’s right, and who’s wrong?

It has been more than a week since PTA banned TikTok in Pakistan, but the discourse over whether it was yet another instance of the government stamping down on our freedom of expression or whether it was a justified act of removing immoral content from the mainstream rages on. From content creators suddenly removed from their sphere of fame and livelihood to the divided opinion of the masses on the usefulness of the ban, the ripple effects of this decision have been incredible, to say the least.

You, the reader, will have your own opinions on the incident as well. You might be sighing in frustration at the government, or you might be rubbing your hands in glee at the removal of a platform you always thought was cringeworthy anyway. Regardless of your stance, let’s take a moment to unpack the motivations behind the ban, what it says about the government’s mindset, and what the government could have opted for instead.

Motivations behind the ban

This is the easiest to answer, because everyone who knows anything about why platforms get banned in Pakistan knows that there is only one relevant answer: immoral and indecent content. You may call it “unlawful content” as well, if it makes it any easier to digest. But the overarching philosophy behind banning a social media platform like TikTok, or like YouTube back in the day, is the spread of content that the government deems inappropriate.

The thing is, though, that literally every online platform out there hosts some amount of immoral and indecent content. The very online nature of these platforms means that such content is easily accessible and can be widely distributed in a matter of seconds. Surely, if the government’s entire rationale for banning a platform is to curb the flow of inappropriate content, shouldn’t it just ban everything out there? However, it didn’t ban every platform out there. It ended up banning the one platform that empowered so many underprivileged people among us, and this brings us to the next point.

What the ban says about the government’s mindset

When I say that the government is “classist”, I mean that it’s taking actions that are having a disproportionately negative effect on the lower classes of our society.

Take Twitter, for instance. The microblogging platform, is for the most part, used by the social elite, people like politicians, celebrities, and business tycoons. The platform also features immoral content, that also happens to be “liked” by members of the same elite. If you’ve heard of Rai Manzoor, you know what I’m talking about. And if you don’t, you can read the full story of the Punjab official caught red-handed liking indecent content on Twitter.

How come Twitter didn’t get banned then? I believe it’s because of the elitist nature of the people who are most active on the platform. Be it a politician or a celebrity chef, privileged people are able to use the platform to influence their audience, spread their word, and generally keep their social media presence alive and kicking. The same can be said about Instagram and Snapchat, also notorious for hosting immoral content yet somehow remaining safe from the government’s wrath.

TikTok is different, though. It gave the poor and underprivileged of our society a space to express themselves, let out their creativity, and earn a decent livelihood along the way. It’s worth noting that the app’s accessibility and inclusivity is one of the biggest reasons why it has been so popular among the lower classes.

Case in point, when I was catching up with a janitor in my university hostel a couple of years ago, he admitted with a laugh that his daughter spent way too much time surfing content on TikTok and he didn’t know what to do about it. And I remember being slightly surprised because as far as I’m concerned, kids these days are usually hooked up on Snapchat or Instagram or YouTube. But then again, I was thinking about kids like me.

TikTok is what allowed Naseer Baloch to rise from his position as a poor laborer to one of the best known faces in Pakistan, and it is the same platform that empowered Phoolu, a simple wheat farmer, to garner almost 1/4th as many followers on social media as the Prime Minister himself.

What the government could have done instead

At the end of the day, if you want to preserve the value of a platform alongside stemming the flow of immoral and indecent content, filtering is always an option. In fact, TikTok even approached the government in the aftermath of the ban to discuss the option of restoring its platform in the country with “some conditions”. In other words, TikTok was open to the idea of letting the government filter out whatever content it deems unlawful, instead of scrunching up the whole thing like a paper ball and affecting so many lives.

To me at least, this seems like a wonderful compromise. The funny thing is that even the government appears to be willing to unblock the platform if “vulgar” content is removed. According to IT Minister Amin-ul-Haque, “if they approach (us), we will sit with them and after removal of the content, it (the app) will be restored.” One wonders why they couldn’t have just done that to begin with.

…And they finally took a U-turn

At the time of writing, TikTok has officially been restored in Pakistan after ten days, with a warning issued by PTA for banning it again if it fails to comply with its condition of removing and filtering out immoral content. Again, this seems like a perfectly reasonable compromise, and it begs the question of why this couldn’t have been the government’s approach to start with. Weed out the content you deem inappropriate, but let the hard-working content creators continue to do what they need to do. Instead, the government’s knee-jerk blocking of the platform, and a similarly abrupt restoration soon afterwards, merely causes confusion.

The restoration of TikTok may be good news for some, and bad news for others. However, the saga as a whole serves to remind us of where we stand as a nation, our social perspectives, and the nature of our government. It teaches us some important lessons, but are we, and our leaders, prepared to learn from them? 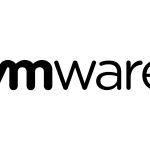