This just in: National Assembly of Pakistan unanimously passes a resolution to lift the ongoing YouTube ban in the country.

According to a report by a private news channel, MNA and PPP lawmaker Shazia Marri had moved the resolution in the lower house. The resolution demanded the government to take immediate steps to lift a ban from the video portal website. She said that every Muslim country of the world has lifted the ban on YouTube, adding that the video sharing website also can be accessed through proxy. MNA Arif Alvi demanded that a special committee be formed to look into the matter. The chair referred the bill to the concerned committees of the House.

ICYMI: The Senate’s Functional Committee on Human Rights passed a resolution last month and called upon the federal government to unblock YouTube, saying that the ban is not yielding required results since the controversial material is still available on the website.

The video sharing website was blocked in September 2012 after its administration and Google refused to comply with a request by Pakistan and some other Muslim countries to remove a blasphemous video from the site.

There have been many developments regrading the status of YouTube’s ban in Pakistan during the past few months. We hope that this time the ban is lifted for good. 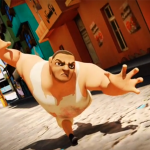