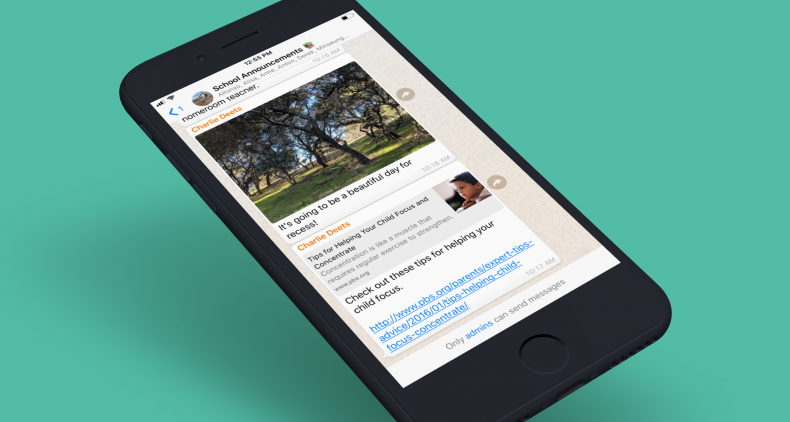 A new feature is introduced for WhatsApp groups that will now enable the group admins to be the only one who can send messages to the group. This will be a sort of one-way broadcast communication stream that the companies can effectively make use of.

Whatsapp made the announcement in a blog post and stated,

One way people use groups is to receive important announcements and information, including parents and teachers at schools, community centers, and non-profit organizations.

Over the past few months, the popular messaging service has rolled out a number of features including group descriptions, a feature that is targeted to those who keep getting re-added to groups they tried to leave previously.

Here is how you can start using this newest rolled out feature:

This tool is similar to the feature of Telegram, an app that was recently banned in Russia. This is not the first time Facebook has copied or taken inspiration from another app. Facebook-owned Instagram and WhatsApp both copied features of Snapchat and started Stories feature.

So, the newest feature aims to squeeze market share of Telegram as Whatsapp is now becoming similar to Telegram now. This gives group admin greater control over the entire group and important information won’t simply get lost in other unimportant messages from group members.

previous
What is the technology & equipment involved in broadcasting FIFA matches?
random
next
Android users can now use their web browsers to send text messages
Trending Posts