One arrest made in blasphemy case, IHC Judge hints at blocking Facebook

On the hearing of the petition filed for the removal of blasphemous content from social media, Chief Justice Islamabad High Court (IHC), Shaukat Aziz Siddiqui, was told that the Interior Ministry has arrested an individual in the case. Chief Justice said a decision on banning social media in Pakistan will be made after the Interior Ministry submits its report on March 27th.

Federal Investigation Agency, that works under the umbrella of Interior Ministry, informed the court about the progress made in the blasphemy case. DG FIA said that they have completed their investigation and have also registered a case two days ago. A suspect was arrested for spreading sacrilegious content online. An official said,

“A mobile phone and a laptop have also been recovered from the suspect’s possession which now rests with forensic officials,”

The DG FIA apprised the IHC that the agency was keeping at least three suspects under constant surveillance and that the names of a few more suspected persons were also put on the Exit Control List (ECL). He also said that the agency will work with the Facebook delegation and this matter may take some time.

Chief Justice expressed his disappointment with the slow progress of the case and asked the Pakistan Telecommunication Authority (PTA) to submit its latest findings in this regard in the form of a report on March 27th. The decision about banning social media will be made after the report is submitted.

The court stressed that the services of Pakistan’s premier intelligence agency, Inter-Services Intelligence (ISI), must be sought in the case.

Pakistan Government is cracking down on social media pages that promote sacrilegious content online. Last week, a Civil Society filed a petition in Islamabad High Court to shut down Facebook temporarily in Pakistan until the blasphemous content is removed. The National Assembly also passed a joint resolution urging the government to take necessary measures to block and prevent circulation of objectionable material on social and other media. Prime Minister took notice of the incident and directed all relevant authorities to identify the people behind this propaganda and take strict legal action against such individuals. FIA has also contacted Interpol and Facebook to identify the social media pages and accounts containing blasphemous contents that violate international laws. 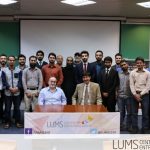