Pakistan Government is cracking down against social media pages that promote sacrilegious content online. Last week, a Civil Society filed a petition in Islamabad High Court to shut down Facebook temporarily in Pakistan until the blasphemous content is removed. The National Assembly also passed a joint resolution a couple of days ago, urging the government to take necessary measures to block and prevent circulation of objectionable material on social and other media. Prime Minister took notice of the incident and directed all relevant authorities to identify the people behind this propaganda and take strict legal action against such individuals.

A high-level meeting, in this regard, was chaired by Interior Minister Chaudhry Nisar Ali to review ongoing investigations. A statement said that about 11 people involved in sharing objectionable material online have been identified and were being questioned by the Interior Ministry.

FIA would seek the help of Interpol and other intelligence agencies to trace and question the suspects who may not be in the country.

Also, a senior diplomat at Pakistan’s embassy in Washington has been tasked to communicate with Face­book to look for the requisite information under US Right to Information laws. A senior FIA official informed the meeting that a formal request had been made to Facebook in this regard and reply was still awaited. Govt is also reportedly considering hiring noted legal expert Farrukh Kareem to pursue the matter in international judicial forums to push Facebook to eliminate the content that is hurting the religious sentiments of Muslims.

FIA is a border control, counter-intelligence and security agency under the Interior Ministry of Pakistan. INTERPOL is the world’s largest international police organization which enables the police around the world to work together to make the world a safer place. 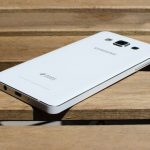 How to root Samsung Galaxy A5