The design of OnePlus 7 has remained a secret for quite some time. Many wondered if the phone will have a notch, a slider, a punch through display or a pop out camera. If the recent leaks courtesy OnLeaks are to be believed, OnePlus 7 will have a pop out camera similar to one found on Vivo Nex S.

As seen from the leaked image, the phone has a single front-facing pop-out camera. There is no fancy depth sensor camera setup or a secondary lens for wide angle shots. It might be noted that such things might cool in videos and images, such a mechanism has increase points of failure making it relatively more fragile.

But the advantages are quite literally visible. Gone is the water drop notch and the need for any punch hole display. The front of the phone is just all glass without interruptions of any sort. It will have a massive 6.5-inch display with an impressive screen-body ratio of 95 percent. 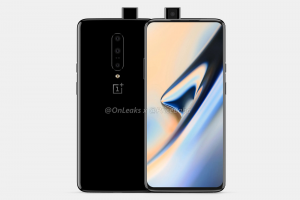 The leaked 3D renders also show a triple camera set up at the back. While we’re not sure how the setup will work, we are guessing that OnePlus will follow the industry trend. That is a wide angle lens, a super wide angle lens, and a telephoto lens. Though given OnePlus’s questionable camera decisions in the past, expect anything. Along with the LED, there is what seems to be a brand new laser autofocusing system for faster focusing.

In OnePlus fashion, expect the phone to have the fastest chipset available, the Snapdragon 855. The phone might also come with at least 6GB of RAM and 128GB storage. The headphone jack removed on the OnePlus 6t will be absent here as well.

Other rumors point to a massive 4,150 mAh battery with Warp charger support. The phone is also rumored to skip wireless charging and waterproofing. 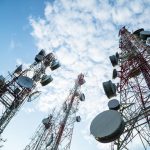