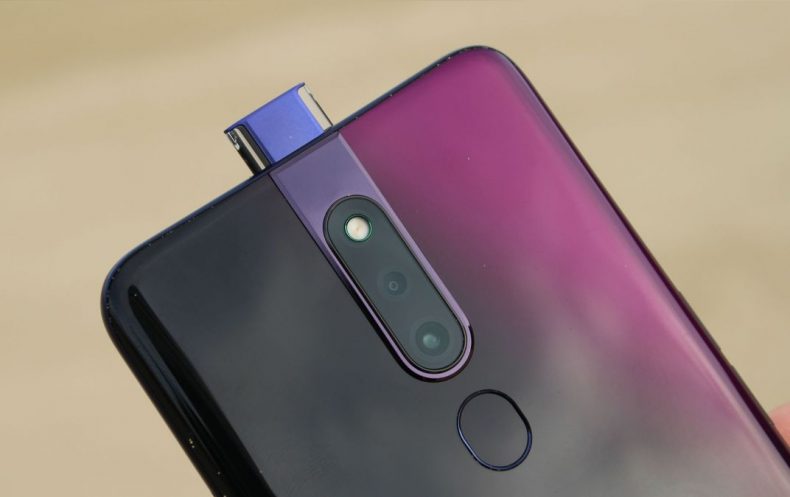 Oppo is all set to transform its tagline “The Selfie Experts” to “The Portrait Experts” by upgrading its upcoming smartphones with innovative rear cameras.

As we previously reported that Oppo’s popup selfie-cam phone is soon going to make a debut in the Pakistani market, now we have a release date for the beast. Oppo is advertising its low-light photography champion on various social networks and we have recently noticed in a Snapchat ad that the BBK Electronics-owned Chinese phone maker, Oppo is releasing F11 Pro on 16th of April.

The smartphone’s ultra-clear camera system, a rising camera, and a panoramic screen are the most highlighted features of the device. The F11 Pro comes equipped with a 48+5MP dual rear camera and 16 MP selfie camera is perfect for capturing snaps in low-light locations. The rear camera system features F1.79 aperture, ball-bearing closed-loop VCM, 6P lens, and 1/2.3-inch image sensors to bring more light to the photograph.

Two reasons to put your phone face-down this weekend:

F11 Pro’s magnificent panoramic screen appears to be specifically designed to hide the front camera, making it “notchless” to create a stunning full screen. F11 Pro has a 6.53-inch display screen and a screen-to-body ratio of around 90.9% to deliver larger images. Such a huge screen also provides more visual space to live out eye-catching entertainment and gaming experiences.

At this time, we are unable to confirm the price of the phone but looking at its specs and features and guessing its price from other emerging markets, we are expecting the price to be above PKR 55,000/-.