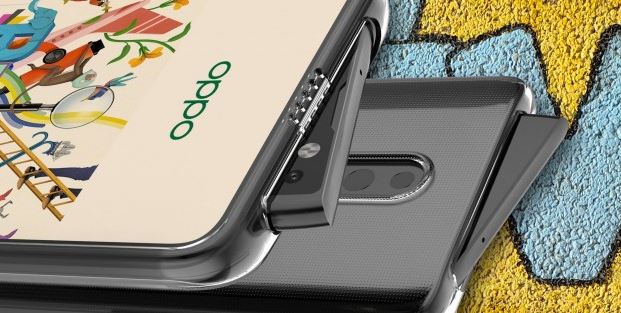 A new concept video of the upcoming Oppo Reno Pro smartphone has surfaced online just a few days ahead of the official launch of upcoming smartphone series by Oppo. The Reno series is scheduled to launch in China on 10th April.

The video describes that the upcoming smartphone’s body will have a mixture of metal and glass in it, giving it an amazing premium look and feel in your hands. The bezels around the display are very thin and appear almost non-existent to the eye. However, the bezel at the bottom of the smartphone looks thicker than the other three featured on the mobile phone.

The rendered video shows that the smartphone has rounded corners and a notch-less display. It means that the Reno Pro will feature a pop-up camera system for the selfie camera. The popup mechanism for Oppo Reno Pro will not be like that of what Vivo V15 smartphone has in its device. Instead, the selfie camera will pop up in a triangular shape setup as described in the rendered video.

The rear side of the phone features a triple camera setup where the camera sensors are aligned in a vertical design. The third camera sensor which is right above the flash is a periscope-like camera, which allows the camera to take pictures with extreme zoom capability, similar to what Huawei presented in its P30 Pro smartphone. It is expected that the Reno Pro will feature a 48 MP Sony IMX586 as the main camera sensor.

The Reno Pro is expected to have the latest Qualcomm Snapdragon 855 octa-core processor with 6 GB or 8 GB RAM. The display will come with a Full HD +OLED panel installed.

The power lock button and the SIM card tray are located on the right side of the phone and volume rocker keys are placed on the left side of the smartphone. Bottom design features a 3.5mm headphone jack, a speaker grille, and a USB Type-C port.

Oppo will officially release the Reno series on 10th April, and according to the rumors, Oppo will probably release two new smartphones under the new Reno series. So stay tuned for all the latest details regarding the new Oppo Reno series.

In the meantime have a look at this concept video. 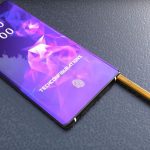