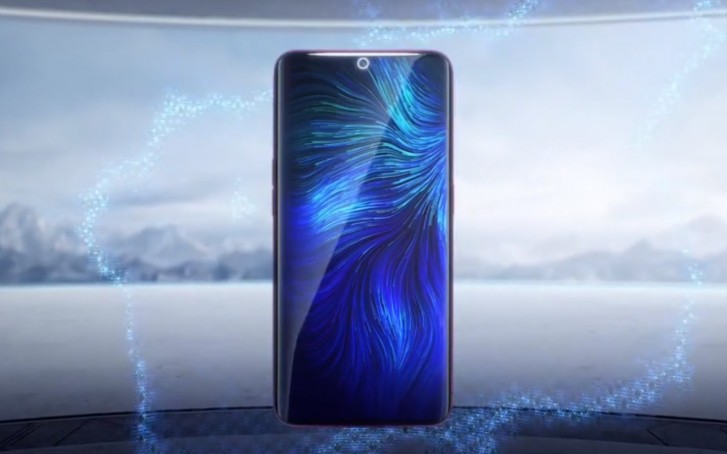 OPPO has published a promo video showcasing the evolution of smartphone design over the ages and secretly teasing their upcoming smartphone with an in-display sensor. OPPO recently announced their flagship series, Reno in Pakistan with 10x optical zoom and a motorized pop-up selfie camera whereas they also have plans to introduce a budget smartphone with a waterdrop notch.

In their upcoming event, they intend to take things up to the next level with an in-display camera which will make the design and aesthetics of the smartphone much more appealing. The promo video showcases all the former designs of conventional smartphones we have seen so far in a futuristic video which ends off showing what is likely going to be the next smartphone from OPPO:

The smartphone will be launched during OPPO’s event at Mobile World Congress, Shanghai today. As per the video, it shows that the camera will be completely hidden under the display and only show itself when the front camera is activated. To remind users regarding the location of the camera, as the design is mostly symmetrical, there will be an occasional circular ring around the camera.

Many manufacturers are coming up with in-display solutions but so far we haven’t seen any smartphone which completely hides the camera under the display. We have seen pop-up cameras like in the OPPO Reno and the in-display camera concept (not hidden) aptly displayed by the Samsung Galaxy S10 series.

What do you expect from OPPO during MWC?

previous
IoT fans rejoice, Raspberry Pi 4 has been announced bringing in more features and better performance
random
next
Nokia has developed a battery with 2.5 times more capacity than same-size conventional ones
Trending Posts