Just months after launching the massively popular Reno2 and Reno2 Pro, Oppo has teased the next iteration of its flagship model, the Reno3 Pro 5G. According to Oppo, this new smartphone will be one of the thinnest 5G phones available on the market and will measure just 7.7mm thick, excluding the lens. This is no surprise, seeing as Oppo previously held the record for the slimmest smartphone with it’s R5 model which was just 4.85 mm thick.

The phone was teased via a tweet by Oppo VP Brian Shen, in which he included a picture of the new phone. According to his tweet, the phone will feature a glass body and will support dual-mode 5G. The design of the phone looks to be very sleek, with no bezels on the side and the slightest hint of a forehead at the top. This further adds to the sleek and slim design of the device.

A first look at OPPO Reno3 Pro 5G – it will feature a glass body with a thickness of just 7.7mm (excluding the lens), which may just be the thinnest dual-mode 5G phone in it’s price segment. ? pic.twitter.com/KD9goOTD6b

Such a thin device will almost certainly not have a pop-up camera, like the one in the Reno2. Some early renders show it might have a hole punch solution instead, but an in-display setup seems most likely given some companies have started patenting such mechanisms already. There is still a long way to go before the device is launched, since its predecessor has been on the market for mere months. Having said that, there is no doubt this will be an extremely desirable phone once it launches and this early reveal will put Oppo’s competitors under pressure to deliver better devices themselves.

There is no information on the price or availability of the phone as of yet. 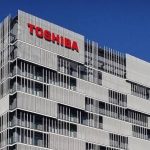