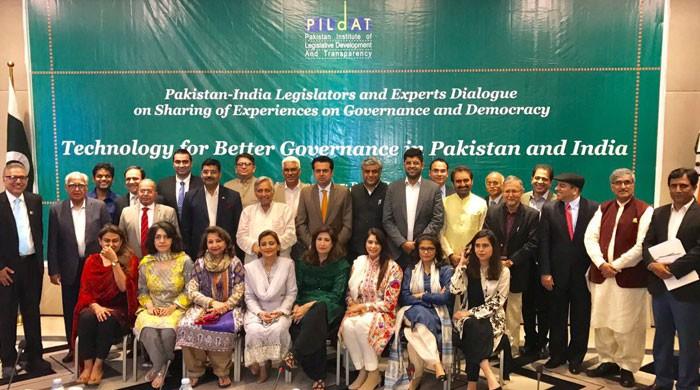 The dialogue was organized by Pakistan Institute of Legislative Development and Transparency (PILDAT), an independent research organization. PILDAT facilitates such dialogues to minimize the tension between two neighboring countries.

The officials from Pakistan and India emphasized the importance and immense potential of technology to improve governance in both countries. They asserted that technology should be used to restructure and guard the system against corruption and other systematic ills.

Participants suggested that Governments must seek regular feedback from citizens to assess the real impact of technology in improving governance. The Governments must actively encourage and engage citizens, businesses and NGOs to come up with initiatives that improve administration and service delivery.

Pakistan and India could work together on a variety of technology-enabled initiatives such as IndiaStack and PakistanStack. Other important models include Benazir Income Support Programme (BISP), monitoring of immunization programs, Aadhaar authentication (Unique ID), e-Procurement, Smart Cities, e-Cloud for Citizens, land record management and Unified Payment Interface, etc. A knowledge portal for sharing information between the two countries would be beneficial in this regard.

The technological cooperation between the two countries will also help address the challenges of the digital divide in both countries. While it’s important to share the information, the respective Governments must do so while maintaining the security of data and privacy of citizens.

The participants resolved to use their positions within Governments, Legislatures and Media to come up with an action plan as recommended in the Joint Statement. 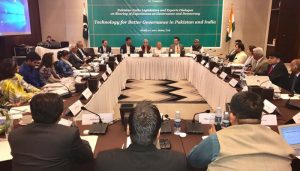 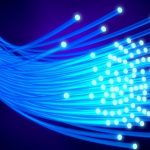