Pakistan is considered as the first country which is using the GPS created by China. The officials posted a statement saying that the aim behind this bilateral agreement is to strengthen the cooperation in terms of Satellite Navigation system

When it comes to the China-Based Satellite Navigation Program, Pakistan is the key partner of the system. Through the training session, both of the countries have shown cooperation with each other in terms of Monitoring of the performance, system applications, and training.

It is a well-known fact that Pakistan is the first country that is going to be using Chinese GPS created by the Beidou Satellite System. As per Ran, Beidou has already established a network in Pakistan.

BDS is one of the top Networking System of China and considered as one of the best Four Global Navigation Networks in the world. The other three popular networking systems include Russia’s GLONASS, USA’s GPS, and Union Galileo effective in the European Union. In December of 2012, BDS started offering the messaging, timing, and navigation services to the citizens of China along with other regions situated near the Asia Pacific.

As Per Ran Chenqui, with more global cooperation, the Beidou Navigation Satellite System is wide-ranging and is going to be globally beneficial.

According to Ran, over 200 countries have applied to use the BDS-Technology. He further added: ”The users of the countries along the Belt and Road region will be our target and we will provide our services to South East Asia, African, and South Asia regions.”

The Satellite system has covered Karachi and its surrounding areas with its high-precision network. BDS has by far helped in basic Geographic Surveying, Land management, and Port dispatching with high efficiency and budget-friendly costs. 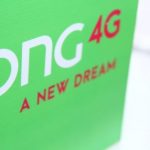