Pakistan Post is facing a Rs. 6 billion deficit. Officials are blaming an increase in employee salaries and embracing technology for this dire situation. The organization that once used to generate hefty amounts of revenue is helpless because it hasn’t been able to keep up with rising competition.

“Pakistan Post has been passing through the most critical conditions for the last six to seven years and it is feared that the deficit may become manifold if the current situation continues, making the survival of the Pakistan Post difficult.”

He further went on to say that the department has been in decline since the year 2009. Pakistan Post has now arrived at a point which shows that it has been in extremely incapable hands for too long. Right now 79% of their expenditure goes to employee salaries and other payments. This leaves the Post with only 18% for important operational expenses.

Mr. Shaharyar-ud-din also put the blame on the private sector embracing new technology which has resulted in a downfall of their revenues.

In recent times, Pakistan Post had become almost obsolete thanks to better, efficient courier services like TCS, OCS, Leopard etc. Furthermore, smartphones, easily accessible Internet and mobile financial services have made Pakistan Post’s job almost unnecessary. The Pakistan Post only has itself to blame for worsening the situation. In an increasingly changing world, you are doomed if you don’t keep in step with emerging standards.

Earlier this year we reported that Pakistan Post is revamping their entire business model to become a finance and logistics company. It included a launch of mobile money transfer and a logistics company. The entire plan seemed very hopeful as Pakistan Post reported it would help double their revenue to Rs. 900 million per annum in 2 financial years. Despite being approved by Prime Minister Nawaz Sharif, the plan does not appear to materialize as Pakistan Post goes through a very trying time. 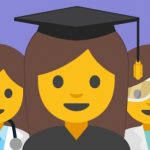