Federal Minister for Information and Broadcasting Fawad Chaudhry has recently met with Kuninori Matsuda, Ambassador of Japan to Pakistan in Islamabad. During his meeting with the ambassador, Fawad said that Japan has a standing in the world in terms of technological advancement and development. He said that both countries need to jointly work on film productions and cultural promotions.

Fawad Ch said that Pakistan has always highly valued its bilateral relations with Japan and would like Tokyo to invest in the domain of media and information, besides the economy. He stressed that Pakistan is a captivating target for the foreign investment and there is a wide scope for more cooperation between both Asian countries in fields of film, culture and joint production.

It is preeminent to note here that the Japanese government had extended their support to Pakistan a couple of months ago by giving grant assistance of over $10 million to fight healthcare problems of the country such as malnutrition, livelihood threats and natural disasters in remote areas of Sindh, Khyber Pakhtunkhwa, and Balochistan.

Fawad Chaudhry also stated that Japan was among other 175 countries included by Pakistan in its newly-introduced electronic visa policy. On this, Japanese ambassador remarked that he admires Prime Minister Imran Khan’s vision for the promotion of tourism in Pakistan. He also stressed the need for strengthening in sectors like education, sports, and culture.

Meanwhile, Fawad Ch has been actively participating in bringing foreign investments to the country even from tech giants like Facebook and Google. He has also promised that Pakistan will get its first media university with a dedicated technology hub very soon. 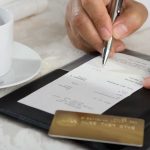