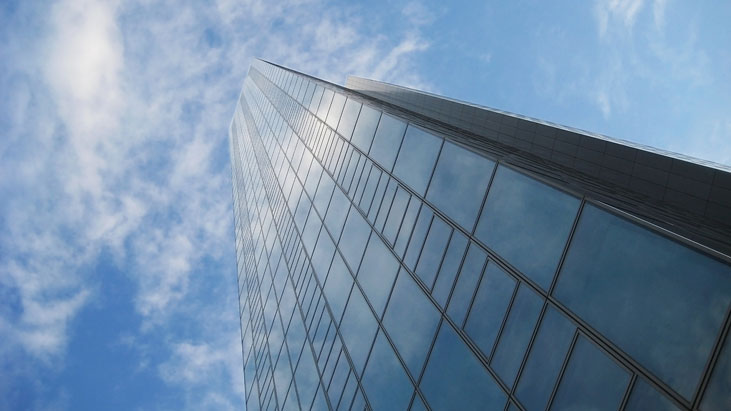 I believe that the technology entrepreneurship ecosystem in Pakistan is at a tipping point! There are a number of factors at play that make Pakistan so ripe for both local and international investors looking to invest in the tech space:

You inject a bit of capital to catalyze all this further in the 6th most populous (196 Million) country in the world, and we can have a perfect storm that can turn the Pakistani technology startups of today into the giant global businesses of tomorrow!

How long will you keep pumping money in sugar and textile mills? Let me share something that might shed some light on the opportunity that I am ranting about. The following chart compares the annual profit before taxes of a single games companybased in Finland, a country with half the population of Lahore, employing only 120 people (which recently took over Nokia’s old R&D facility) with multiple publicly listed companies in Pakistan belonging to various industrial segments. Here are some eye opening inferences in case they are not readily evident: 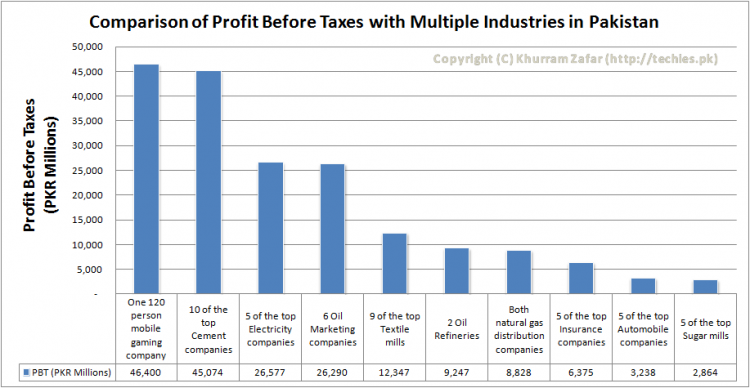 Here is another chart to drive home the point.

Alright, so I have used one of the most successful games development companies for comparison, but that is besides the point. The point is, the next big games development company could be Mindstorm Studios based right here, in Lahore. The fact that it’s based in Pakistan does not minimize its chances of success. It’s as good an investment opportunity as Supercell of Finland!

One of the incubated companies at the LUMS Center for Entrepreneurship, interaCta, has developed tech to make all TV and radio broadcast interactive without the need of additional hardware, just requiring smart phones. Imagine the implications! It can disrupt the TV, Radio, Advertisement, Ratings industries just to name a few. A potential acquirer wouldn’t care whether the tech was developed at Xerox or LUMS. Eyedeus Labs, another team of LUMS students, recently raised money from Kima Ventures. They are looking to disrupt online video advertisement market by introducing non-intrusive advertisement methods in the videos that do not distract the viewer. Then there is Savaree, BizClout, Burq Solutions, JewelryDesignPro, P for Plan and the list goes on. All of these are great investment opportunities seeking capital. And these are just a few of the seed stage investment opportunities.

I repeat. This is a great time to enter Pakistan. Equity in technology companies is relatively cheap, assets are portable (predominantly intellectual property) in case one gives too much weight to country risk, operations are already on cloud platforms outside of Pakistan for many, and exit opportunities exist globally. The fundamentals of the on-ground businesses are already very strong. The Karachi Stock Market index has been growing north of 40% for the past few years (30%+ in $ terms) and broke the highest ever 32,000 KSE 100 index points barrier a few days ago. Most of that is driven by foreign investment into rock solid businesses by investors who can see past the FOX news propaganda and realize that the nation, that is often deemed to be on the brink of extinction since its founding in 1947, is as resilient as it is resourceful!

It is time local investors join the party as well. Pakistan is a gold mine of opportunities for the truly visionary, local investors with large balls and an appetite for risk looking for big rewards – people who can consider and invest in the opportunities lurking underneath the veil of ‘mostly perception based’ geo-political and security issues. If you are it, sign up as an investor at http://lce.lums.edu.pk/contact-form for starters.

Disclaimer: I advise, mentor or have some sort of a non-compensatory advisory relationship with almost all the local startups listed in this article.The story originally appeared at Techies.Pk
TechJuice for Browser: Get breaking news notifications on your browser.
Like our stories? Follow our Instagram for pictorial updates.Follow @techjuicepk

previous
What is the Best Android Launcher App for You?
random
next
P@SHA’s Tech Incubator, The Nest IO, is Looking for a Program Manager
Trending Posts