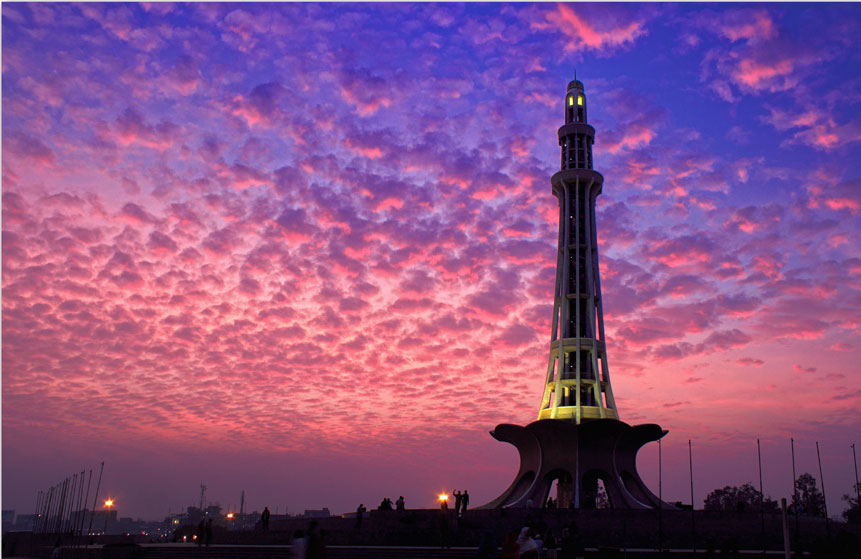 2018 has ended, and the Pakistani entrepreneurial ecosystem has yet to witness a unicorn. Yet, Pakistan is now gaining traction as one of the emerging ecosystems to currently invest in the Asian region.

While local investors are finding their foothold, foreign investments are being attracted by local and global startups that are either running their operations from Pakistan or building local products, such as CarFirst, Telenor Microfinance Bank, Ricult and many more. With the establishment of three venture funds involving international partners such Sarmayacaar, SparkLabs, and i2i Ventures, 2019 is expected to fuel local startups and technology companies with more capital.

Meanwhile, let’s look back with TechJuice at the year of investments. 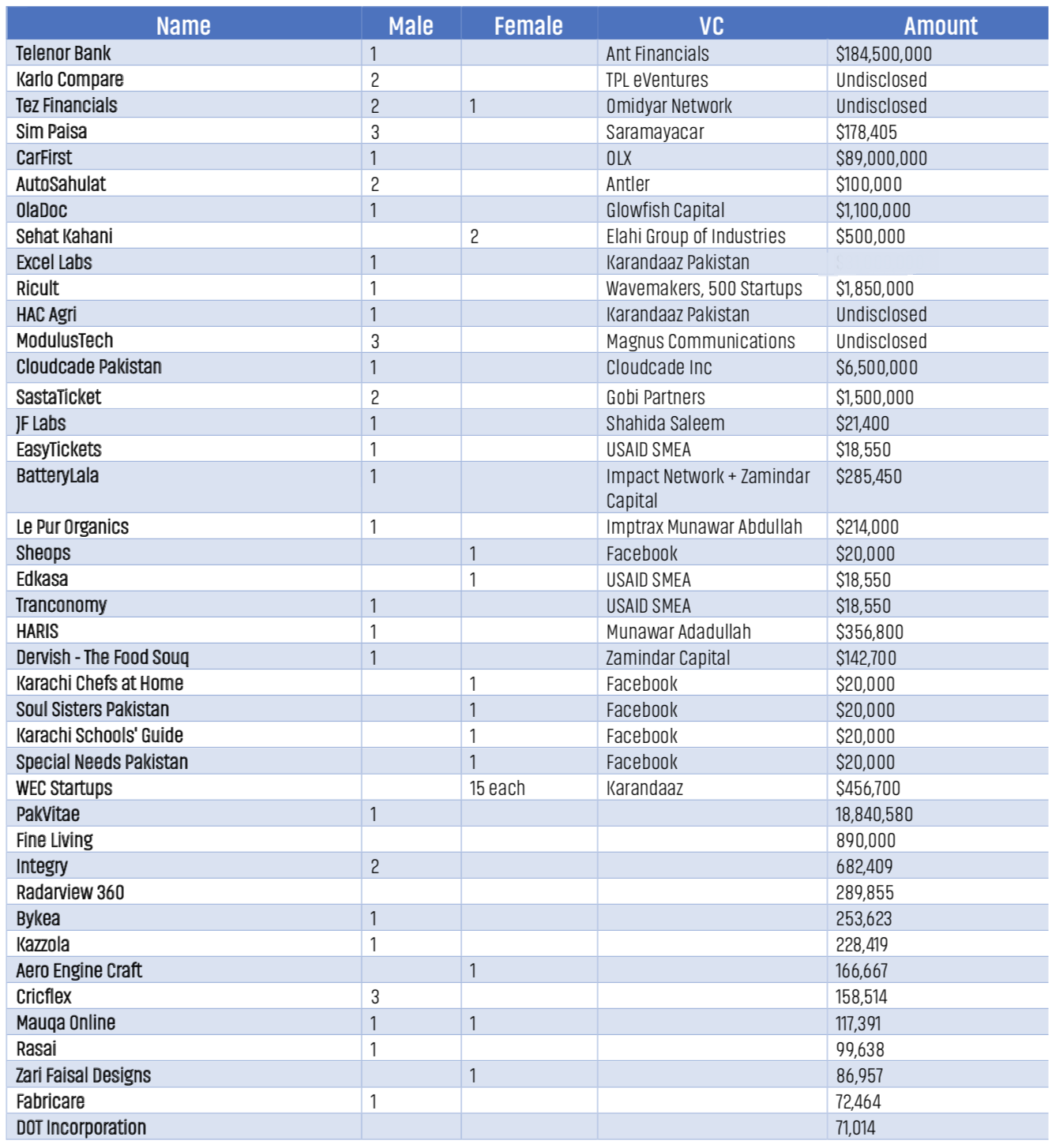 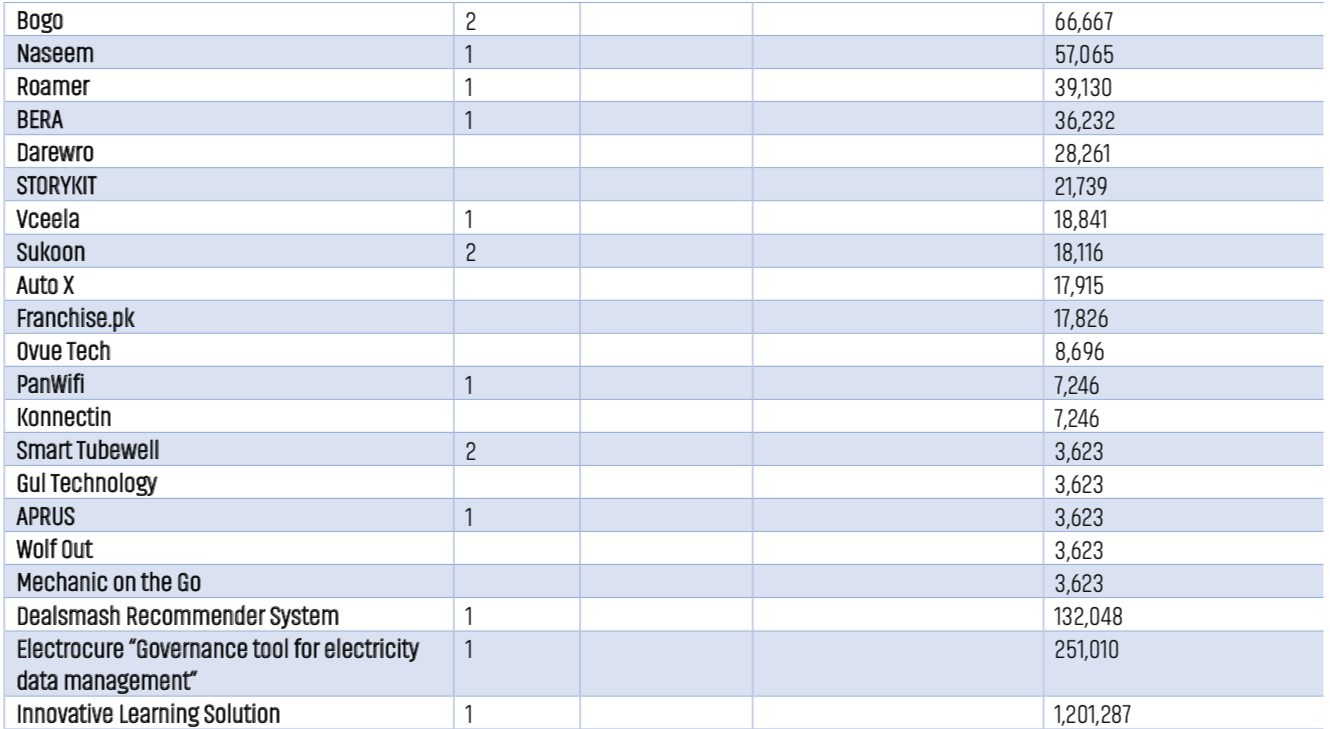 Telenor Microfinance Bank, previously known as Tameer Bank, has been enabling the unbanked population of Pakistan through micro-finance and related financial services. In 2009, it launched Easypaisa, a branchless banking service. With its vast agent network, active accounts, and transaction value, Easypaisa developed itself as the largest branchless banking service in Pakistan. In 2016, Telenor Pakistan acquired Tameer Bank.

KarloCompare is a financial services comparison platform that helps users discover and compare personal finance and insurance products and services. Meanwhile, supporting financial services industry by introducing new customers to insurance companies and banks, helping them to lower cost of acquisition and create transparency in their ROI on digital spends.

Tez Financial Services is Pakistan’s first all-digital non-bank micro finance company, focused on serving the unbanked and underbanked in Pakistan. Tez aims to reduce the financial vulnerability of over 50 million underserved Pakistanis through its smartphone app that is driven by artificial intelligence to provide access to all financial services such as nano-credit, health and term life insurance, and tailored investments.

SimPaisa is Pakistan’s first direct carrier billing company, a product of PublishEx(Pvt.) Ltd. imPaisa enables digital businesses to monetize their products better by allowing their customers to make online payments using their existing SIM card balance. Currently, SimPaisa is the only payment system in Pakistan to offer this service.

In February 2018, Sarmayacar invested PKR 25 million in a seed funding round of SimPaisa.

CarFirst is Pakistan’s first online used car selling platform for auto buyers and sellers in the country. The platform is operated by Frontier Car Group that invests in used-automotive marketplaces in emerging market economies. The group is currently operating in six countries with CarFirst as its presence in Pakistan after it invested a major Series A funding in the startup.

In May 2018, OLX Group announced a Series C funding round of CarFirst’s parent company worth $89 million. While the investment will be divided across six locations where Frontier Car Group operates, Pakistan’s CarFirst will also expand its operations across the country as it integrates its services with OLX to enhance the experience of used-auto marketplace.

AutoSahulat is an online service for roadside vehicle breakdown that connects mechanics with drivers for road-side assistance through a mobile and web-based platform. The startup is currently operational in Lahore.

In September 2018, the startup closed a pre-seed funding round of $100,000 from a Singapore-based VC firm, Antler.

In January 2018, the startup raised $1.1 million in funding from Glowfish Capital, a UAE based VC firm with investors hailing from Europe. Middle-East and Asia.

Sehat Kahani is a healthcare startup that offers an all-female health provider network to deliver quality healthcare solutions using telehealth. The startup has impacted over 600,000 people with an all-female network provider of 1000 plus female doctors.

In March 2018, Sehat Kahani closed a seed funding round of $500,000 led by Elahi Group of Industries which focuses on businesses including healthcare and pharmaceuticals in particular.

Excel Labs is a healthcare business that provides laboratory and diagnostic services across over 60 locations in Punjab, Khyber Pakhtunkhwa and Azad Jammu & Kashmir. The lab offers 727 diagnostic medical tests.

Marham is a health-tech startup that has built a community to provide quick medical help to the patients in terms of right doctor identification, booking appointments and sharing quick access points of the doctors. Recently, Marham was the first Pakistan startup to qualify for Asia’s first Google Demo Day winning the Audience Choice Award.

In 2017, Marham raised an investment at a valuation of $1.5 million. This year, the health-tech startup secured a $20,000 grant from Facebook on the platform of Idea Croron Ka.

Ricult is a Pakistani agri-tech startup enabling smallholder farmers to access credit and services like purchasing inputs and selling harvests, eliminating the need of middlemen and loan sharks. The platform serves . The startup as a fin-tech data platform and marketplace for smallholder farmers in developing markets.

In June 2018, Ricult raised $1.85 million in a seed funding round led by a Thai corporate, 500 Startups, and Wavemakers. The startup has previously raised $600,000 in an early seed funding round with an additional $100,000 grant from Karandaaz.

HAC Agri ensures the availability of off-season fruits and vegetables that are fresh and high quality through their controlled atmosphere warehouse. Currently, HAC Agri offers a range of fruits and vegetables by directly connecting with farmers to access the best produce and offer advantage to harvesters.

In June 2018, Karandaaz announced its investment of an undisclosed amount in HAC Agri to setup the first state-of-the-art controlled atmosphere warehouse in Punjab.

JF Labs provide Agricultural Drone Services, enabling farmers to enhance the quality of cultivation process through detailed and precise imaging. The service allows to monitor the health of crops along with the land quality through the latest imaging techniques.

ModulusTech offers an environment friendly flat-packed housing that can be assembled within three hours under a cost of USD 3000. This housing solution cuts down carbon emission by almost 50 percent, for which it has been recognized and awarded by the United Nations Industrial Development Organization.

In November 2018, ModulusTech raised seed investment of an undisclosed amount through Magnus Communications.

Cloudcade Inc. is a San Francisco based game mobile game developer and publisher. The international game studio has now extended its roots to Pakistan through Cloudcade Pakistan with an investment of $6.5 million. The investment period will be completed in three years. The Pakistan studio is the first Asian studio to be set up by Cloudcade Inc.

Cloudcade Inc. has appointed the co-founder of the popular Caramel Tech Studios, Ammar Zaeem as the President of Studios, South Asia.

SastaTicket is an online platform that offers domestic travelers a way to book and pay for flights at relatively inexpensive prices. Founded in 2016, he platform has experienced a significant growth in GMV at 125% YoY, and the number of orders at 155% YoY, and has over one million flight searches per month. The online platform is currently the biggest one in Pakistan in terms of all travel-related services.

In November 2018, the startup closed its Series A funding round of $1.5 million led by Gobi Partners through their firm TaqwaTech focused on investing Muslim ventures in the region.

Daraz Group, a leading e-commerce company in Pakistan, Bangladesh, Sri Lanka, Myanmar, and Nepal was fully acquired by Alibaba Group in May 2018. The e-commerce company was kickstarted in Pakistan in 2012 and has since grown into the most popular online shopping destination in the country. Currently, the company operates online marketplaces across six locations. After the acquisition, Daraz has continued to operate under the same brand following the transaction.

EasyTickets, developed by Lahore New Media Labs, is an online marketplace for entertainment and hospitality bookings including cinemas, events, and transport. At Idea Croron Ka , the startup proposed to develop a cloud-based online hotel booking management system to integrate into EasyTickets to provide easy reservations for their customers.

Batterylala provides an online shopping experience for new, original, and warrantied battery purchases offering free same day delivery with relatively inexpensive prices. The products come with free of cost professional installation and after-sale services. Batterylala ensures the originality of the product and the products are 100% new and warrantied.

Sheops is Pakistan’s first women-only marketplace, facilitating women entrepreneurs and women-oriented businesses to start and scale their operations leveraging technology. Started with a bustling Facebook community of over 100,000+ women buyers and sellers, Sheops have now integrated an e-commerce experience. In 2015, the startup raised an investment from Arpatech Technology Ventures.

This year, the startup qualified for Facebook’s Community Leadership Program. It also raised a grant funding with the partnership of Idea Croron Ka with Facebook in this year’s season.

Edkasa is an ICT-driven educational tutorial services business. Working on the ‘Edupreneur Model’, the education entrepreneurs are enabled to run tutorial academies that provide cloud-based, live, online classroom training in five subjects for their students in intermediate grade level.

Transconomy serves the logistics and transportation industry by providing ICT solutions for supply chain management processes at ports and end-to-end visibility across an entire supply chain cycle. The flagship product is a Line of Business Software, called Transconomy Terminal, which automates the daily operations with transparency and aims to augment the ability of these facilities to process more cargo, more efficiently.

Dervish is a food incubator, that owns three profitable restaurant brands at the moment. It has incubated six start ups in a year with a 83 percent success rate. Five out of six ventures under Dervish continued to sustain successfully for more than one year.

Karachi Chefs at Home is a female-only Facebook group where members share their love for food and cooking. Hosting recipes and food talks, the group has also published three book compilations called Tasty Treasures with members’ recipes. The community has over 135,000 members.

The food community secured a $20,000 grant from Facebook on the platform of Idea Croron Ka.

Soul Sisters Pakistan provides online support system for every Pakistani woman. While the primary focus remains to be able to discuss women’s issues and networking with like-minded individuals, the community has also evolved into an information and entertainment avenue with its own blog that periodically features stories of group members. The community is a strong network of over 100,000 Pakistani women.

The group qualified for Facebook Community Leadership Program and secured a $20,000 grant from Facebook on the platform of Idea Croron Ka.

This Facebook group is a community that provides a unified platform to bridge the gap between parents, teachers, educators and students in order to bring them on a single page for an exchange of healthy information related to the field of education and activities which will aid to the constructive development of kids. The community boasts 92,000+ members.

At Idea Croron Ka, the community raised $20000 in grand funding by Facebook.

Special Needs Pakistan is a Facebook community and a resource network for the support group of people who require special attention and care for being differntly abled. The group has over 6000 members currently. At Idea Croron Ka, the community raised $20000 in grand funding by Facebook.

In 2018, Ignite, formerly known as National ICT R&D Fund, completed its mission of establishing National Incubation Centers in every major city of the country. This year, the startups incubated at NICs across the country raised over $23 million in funding through the platform of Ignite. These startups include:

Update: The title of the story has been edited to reflect some important information related to startups, companies, and international subsidiaries with their operations based out of Pakistan. Funding refers to investments and grants, mentioned categorically. The numbers in the piece have been sourced with the help of National Incubation Center, Karandaaz Pakistan, Idea Croron Ka, and previous press coverage of these investments. 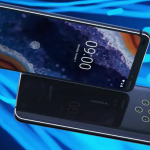